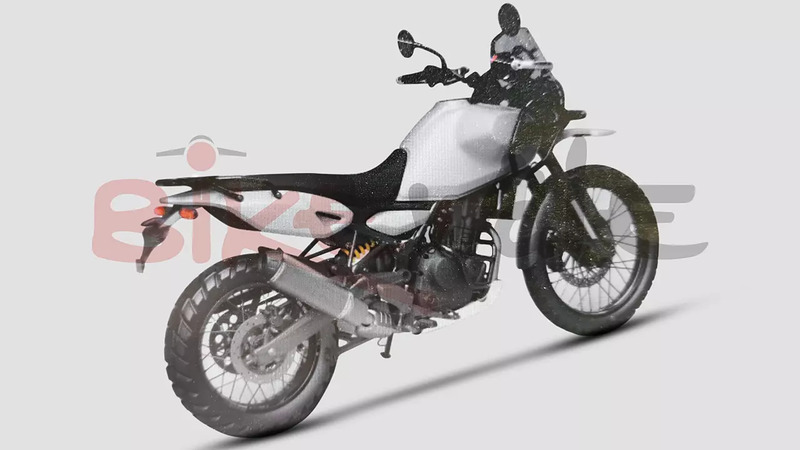 2023 Himalayan 450 launch expected early next year. It will pack a punchy engine along with a lot of very interesting bits. New info has just sneaked in…

Out of all the upcoming Royal Enfield models which will make their way into our country’s market, probably the most interesting and exciting is the prospect of the rumoured Himalayan 450.

Few weeks back, what started as a rumour, was almost confirmed when a new Himalayan 450 ADV and a test-bike very similar to the leaked render was spotted on the road.

Now, some interesting info has come up regarding the upcoming Himalayan ADV.

According to the online portal, Royal Enfield is also working on a harcore version of the upcoming Himalayan 450 – Himalayan 450 Raid.

The top-spec ADV is codenamed ‘K1X’ and will make its appearance later down the line, somewhere around 2025-26. The Raid model will feature premium features like upgraded suspension, tubeless spoked-wheels, more powerful engine, auxiliary fuel-tanks etc.

Looking at the features being worked on for the Raid version of the Himalayan 450, is Royal Enfield planning to compete in international Rally championships in the future??

Considering these leaks to be true, the new Himalayan 450 appears to be a very promising and capable machine which will directly take on the KTM 390 Adventure.

Finally, it is expected that the new Royal Enfield Himalayan 450 will see its launch happening early next year (2023). It is also highly probable that the current Himalayan will be discontinued once the 450 enters the market.