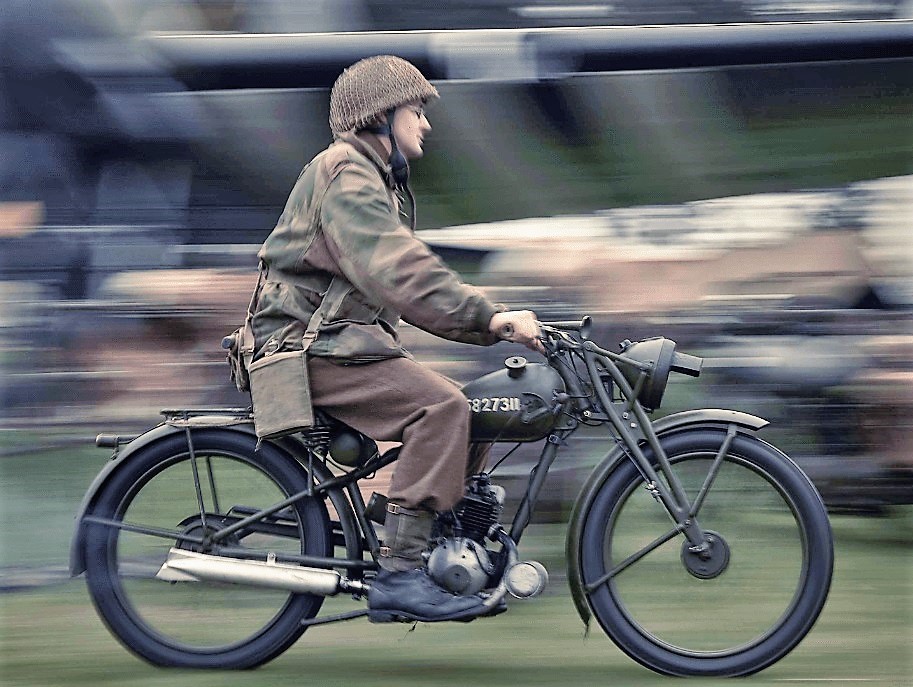 Royal Enfield Flying Flea was the basis of the Classic Pegasus idea. Plus the company has filed for this trademark and there could be a future motorcycle based on it!

Royal Enfield is an oldie and has been in this business since our grandfathers’ times. In 2018, it revoked the World War times through its special version of Classic which was called as Pegasus Edition. Though its history had nothing much to do with India, but what was interesting was the motorcycle it tried to imitate….

The idea of Classic Pegasus was based on Flying Flea – a 125 cc two stroke motorcycle which was as barebones as it can get – but for all the useful purposes! It weighed only 59 kg wet (ie with oil & fuel) and was so light that it could be dismantled, and lifted and transported to various battlefield operation areas. Its portability was the biggest convenience and helped soldiers cross fences or ditches as it could simply be lifted over.

Flea was also used in airborne operations which involved transportation by gliders and/or dropping by parachutes (it was surrounded by tubular crate for this purpose for security). Before RE’s Flying Fleas, soldiers were dropped with mechanical cycles which were obviously slow and tired the already stressed soldiers.

It was used for frontal combats as well as spreading messages in the battlefield. Apart from its aesthetics, on the performance front, it was capable of reaching terrains where larger, heavier machines could not go and the performance was adequate for ‘army’ purposes.

According to one of the promotional video, Flying Flea could do 110-120 miles per gallon which translates to a fuel economy of about 51 kilometer per liter and speeds of over 70 km/h.

No other company was making such a product and hence the US army used this motorcycle extensively and hence, the Flea was the most popular motorcycle of those times.

Interestingly, the story does not end here! Official trademark data shows that the Chennai based maker has applied for the ‘Flying Flea’ trademark which has been accepted and granted by the authorities. So, chances are that Royal Enfield may make a motorcycle with the ethos of the original Flying Flea!

Though we will never use any of the existing Royal Enfields for battles (that they have gained excess flab is another story too) but there is nothing wrong in having a little history to the motorcycle you own/wish to own!