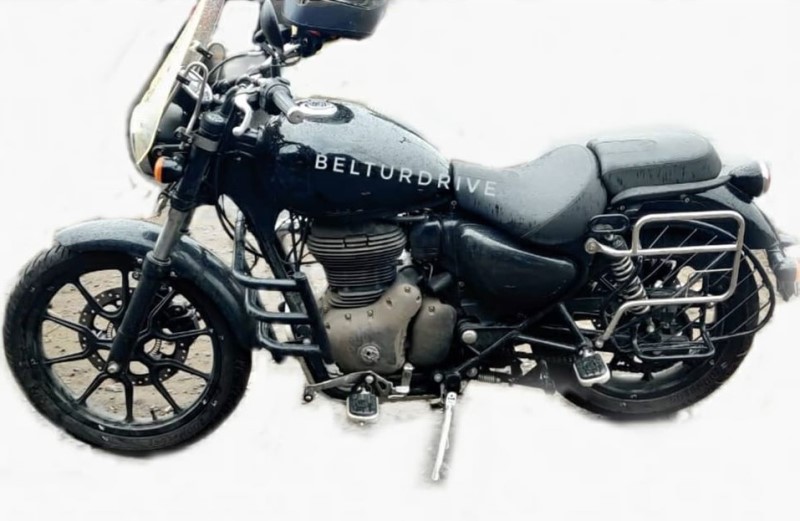 Just before its launch, Meteor spy pics are coming in thick and fast. It uses RE’s new-generation platform…

Chennai based motorcycle manufacturer – Royal Enfield has been testing its Meteor 350 rigorously for the past few months. The bike was spotted uncamouflaged few days ago as well which also revealed the bike in its full glory. You can read more about it here.

Now, the motorcycle has been spied again and this time – loaded with accessories. We can see that large windscreen, which should protect the rider from windblasts while riding. Also, the bike gets a big engine guard apart from a frame guard at the rear.

Meteor also adorns those premium-looking broad footpegs, which could be offered as optional accessories. There will be many more bits that RE will offer for personalization and customization for the Meteor as well as its other existing and upcoming models.

Royal Enfield is said to be planning to replace the Thunderbird 350X with this motorcycle. It looks similar to the latter bike, except for some changes, including an LED DRL headlamp, a mono-pod instrument cluster, and a round tail lamp. However, it is all-new – right from the chassis to the engine and most other bits.

If there had been no lockdown, Meteor would have made it to the showrooms by now. But in the current scenario expect an official announcement anytime soon.