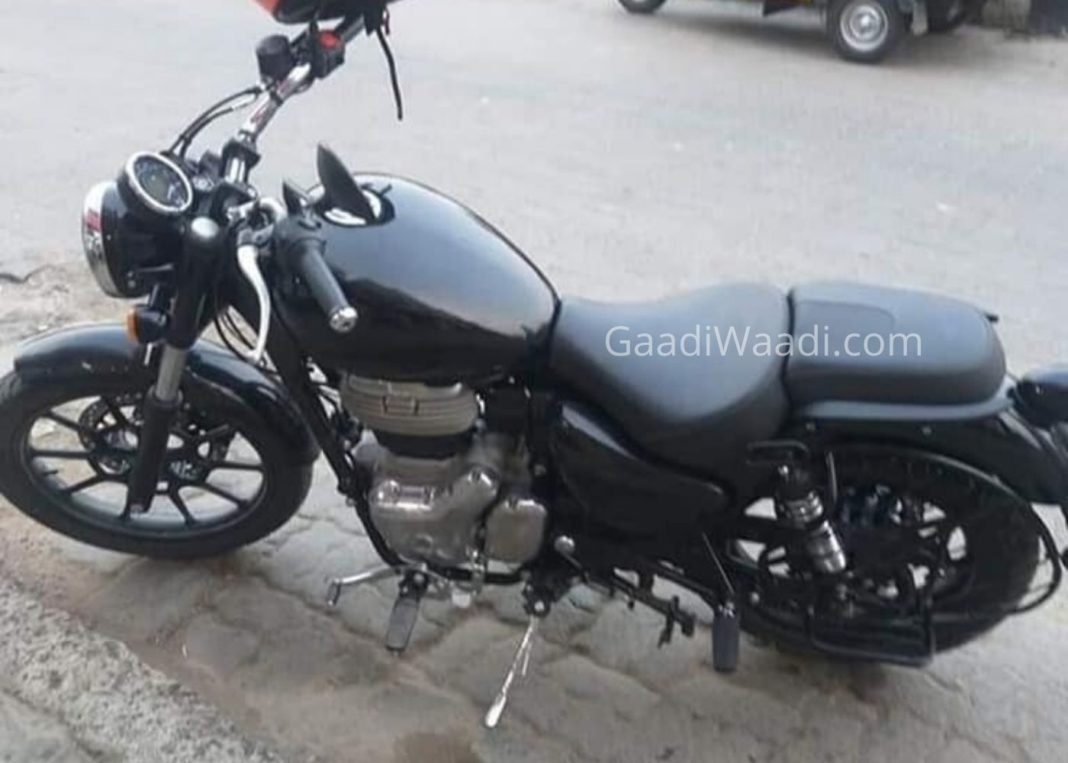 Royal Enfield Meteor launch is already delayed from the earlier announced timeline. The product is ready; expect it anytime soon…

Royal Enfield is working in full swing to renew its entire lineup of motorcycles, and the company has many models in the pipeline to be launched in the coming months. These products include the likes of the next-gen Classic 350 and a likely replacement to the Thunderbird, called Meteor.

We know that the Meteor is absolutely ready and it is just the last minute preparations that are getting delayed by the COVID-19 led disruptions. Now, just ahead of the expected launch of the motorcycle, the Meteor 350 was spotted, sans any camouflage. We can see changes to the instrument cluster, which is a single-pod, part-digital, and part-analog unit.

However, the major update comes in the form of an all-new 350 cc engine which is likely to be mated to a six-speed gearbox (the current engine is offered with a 5-speeder). Apart from that, the current single downtube frame has also been replaced with a double-downtube chassis, which should provide better stability to the motorcycle.

Meteor 350 comes with 10-spoke alloy wheels and disc brakes at both ends. However, it remains to be seen if RE will offer single-channel ABS to the motorcycle or equip it with a dual-channel unit (or both!). Apart from that, the tail-lamp is expected to be an LED unit, while a halogen bulb powers the headlamp.

Other minor changes include centrally aligned fuel cap on the fuel tank, raised handlebar, forward-set footpegs, and a split grabrail for the pillion riders. Vinod Dasari, CEO of the company, announced its launch in the month of June but now with the delay, we expect it to be introduced sometime during this month.