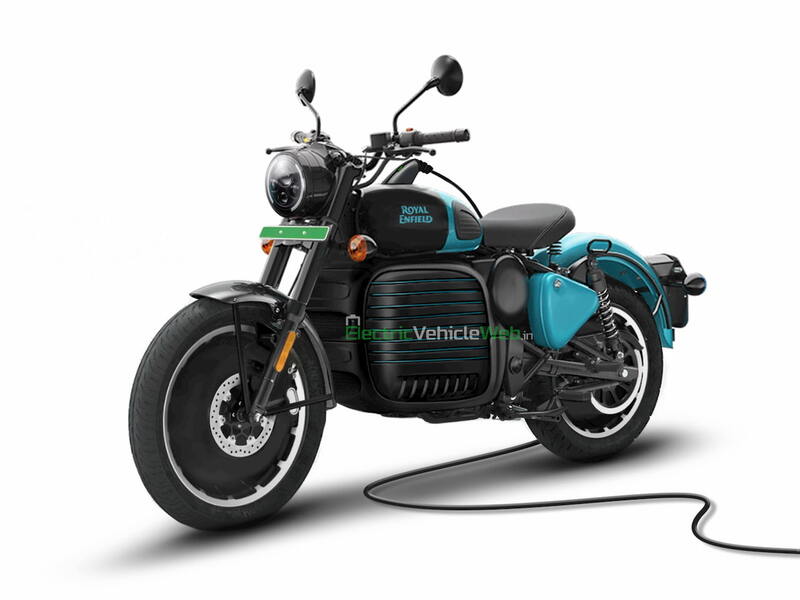 Royal Enfield is working really hard on two fronts: first, in developing new products for existing and new platforms & Second, pushing to create new products propelled by the mobility solutions of the future.

We have been consistently reporting that RE is working on adding new products to their existing 350 cc & 650 cc platforms in the form of the upcoming Bullet 350, Super Meteor/Thunderbird 650, Shotgun 650 and 2 bikes based on the new 450 cc platform – Himalayan 450 & Roadster 450.

But still, the Chennai-based company’s plans related to its future EV products are still hush-hush. Over the many years that it is rumoured that Royal Enfield have been developing various EV platforms at their U.K. headquarters, there has come out not an ounce of information or leak about what is happening behind closed doors.

Various small hints and/or confirmations have been given by Mr. Siddharth Lal (MD, Royal Enfield) where he has shared that the company has been developing various electric products and the new products will continue the design language of the company and will exude the old-school charm mixed with modern tech.

Now, we have some new information regarding what steps are the company taking towards their electric future.

Royal Enfield have accelerated their push for the electric future and have established a new Electric Business Vertical and are pumping in some ‘significant investment’ to reach their objective of launching their 1st electric motorcycle by 2025.

While interacting with a news portal, Mr. B. Govindarajan (CEO, Royal Enfield) said –

“Over the past 6-8 months, we have made investments in EV space in terms of creating physical infrastructure for testing of vehicles and associated preparedness. We have also been hiring good talent for our technology centres in India and UK. Overall, we have been intensely focusing on the EV space”.

While Royal Enfield and their parent company, Eicher Motors, are finalising their major investment programme, both of these entities have applied for a PLI scheme (under the Champion OEM category), implying a total investment of ₹2,000 Crore over a period of 5 years.

“We would like to understand the buyer requirements in this segment completely before rolling out new products. Our objective is to come out with differentiated product offerings in the EV space”.

Finally, Royal Enfield is prepared to have many hectic upcoming months. After the launch of the new Hunter 30 back in August 2022, they are poised to introduce the new Super Meteor/Thunderbird 650 as soon as the next month (November 2022).

It has also been strongly rumoured that they might introduce some new products alongside introducing a new 450 cc platform at the EICMA 2022 motor show in November 2022.