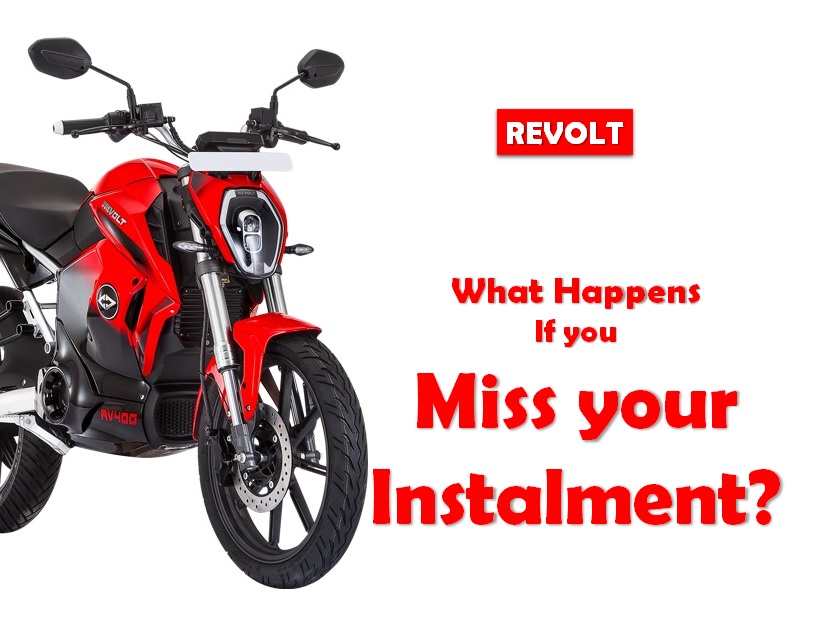 Revolt’s Instalment Conditions: What if you miss monthly payment – Will the motorcycle be impounded? Founder of the company clarifies…

Revolt has brought to India a very revolutionary pricing plan for its recently launched motorcycles RV400 and RV300. Called as My Revolt Plan, it just requires you to pay Rs 2999 (Rs 3499 or Rs 3999 based on the model you chose) and ride home your motorcycle.

There is no downpayment, no lease, no rental – the motorcycle will be registered under your name from day one. All you have to pay is instalments for a period of 37 months to continue using the motorcycle. As a result of this innovative pricing model, Rahul Sharma (founder of Revolt) goes onto the extent of saying that even college students can afford these motorcycles without bothering their parents.

So, amidst all this excitement of paying low prices, you get a Revolt but the next question is – What happens if you fail to pay your instalment?

This has been cleared by Rahul in a video. He says if a customer is unable to pay his monthly payment, there is a government regulation wherein the defaulting party is provided a notice in the first month… second month – basically there is a notice period and Revolt will keep talking to the customer. It won’t happen that the motorcycle gets impounded all of sudden!

And above all of this – if a customer is unable to pay his dues for whatever reasons he or she can approach Revolt and they will close the plan under certain formalities.

However, Rahul did not elaborate on the process from hereon – basically what are ‘these formalities’ and if there would be some closure charges etc. But what is good to know is that if you land in an unfortunate financial problem you can ‘close’ Revolt’s plan after informing the company about it. Do note that there is no plan which offers you to pay the product prices all at once.

Next Revolt to be a CAFE Racer; Teased

There are a few things which are still unclear which is obvious because the idea is still nascent in India; but we hope to understand the details in the months to come. For now, if you are in Delhi or Pune, you can book your Revolt motorcycle at the official website (or Amazon) for deliveries in November and December this year. Revolt also has plans to expand to few other cities in the coming few months.