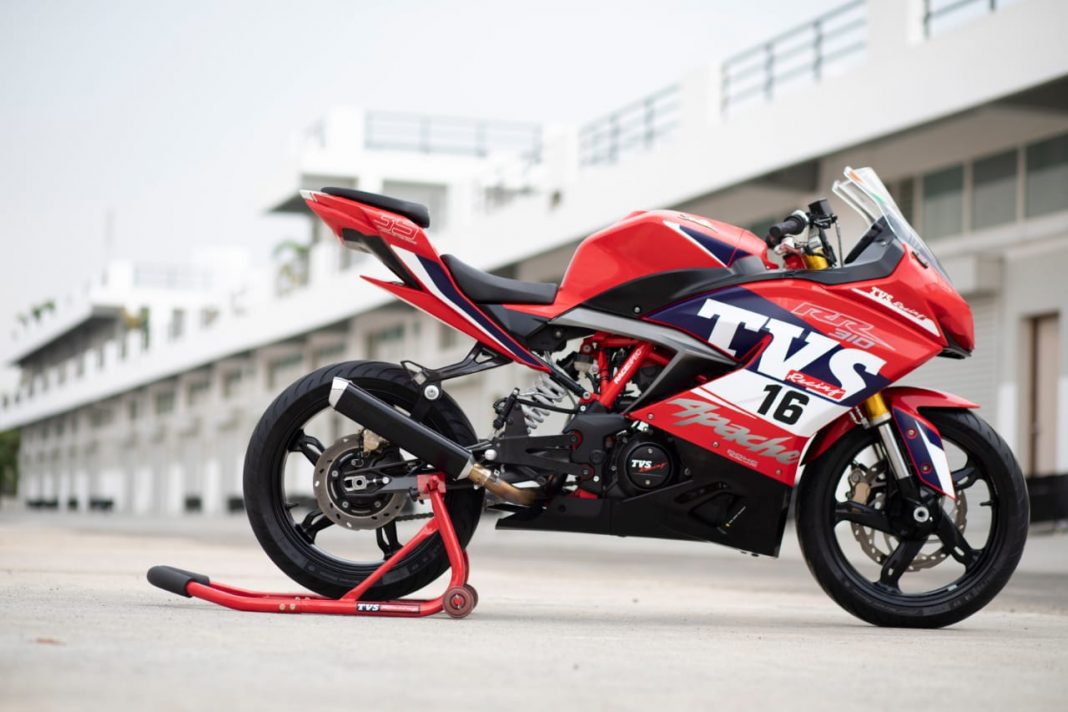 Race Spec Apache 310 changes comprise of more firepower but most of the earlier reports were ‘wrong’! TVS has also announced the racers for the One Make Race which will feature the Apache RR 310 for the first time…

TVS has revealed the Race-Spec TVS Apache RR310 which will be used for the upcoming TVS Apache RR One Make Races. The track-exclusive version has seen some racing specific changes to keep it quicker and faster round the racing circuit, over the standard version. 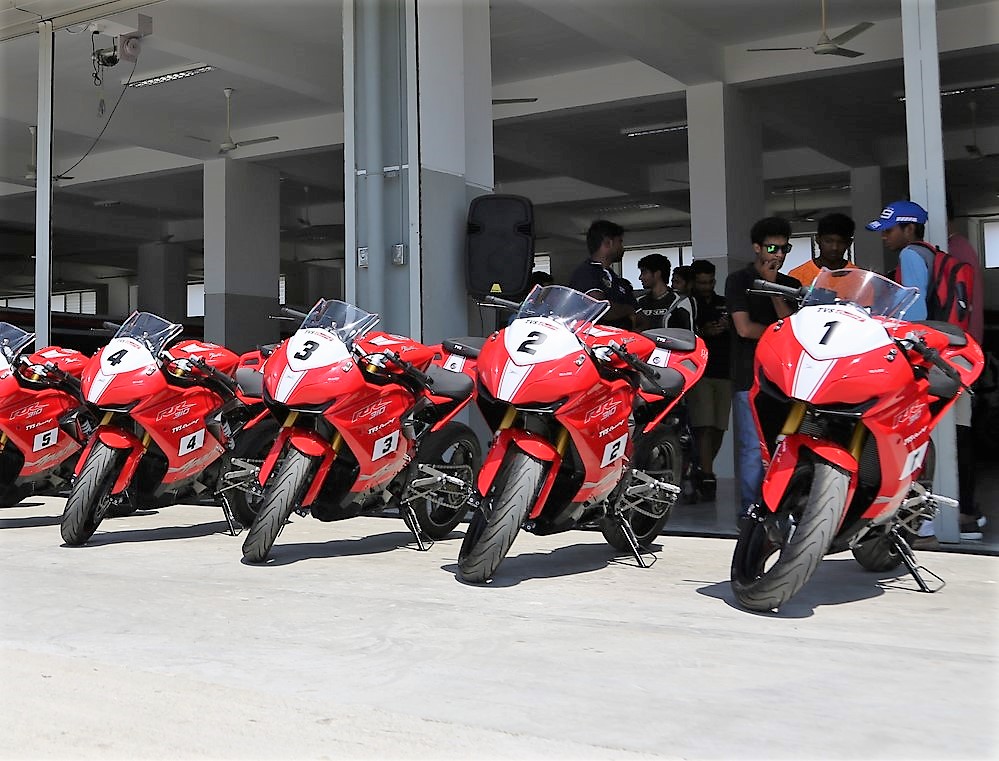 As compared with the road-going Apache 310, the race-spec version comes with… 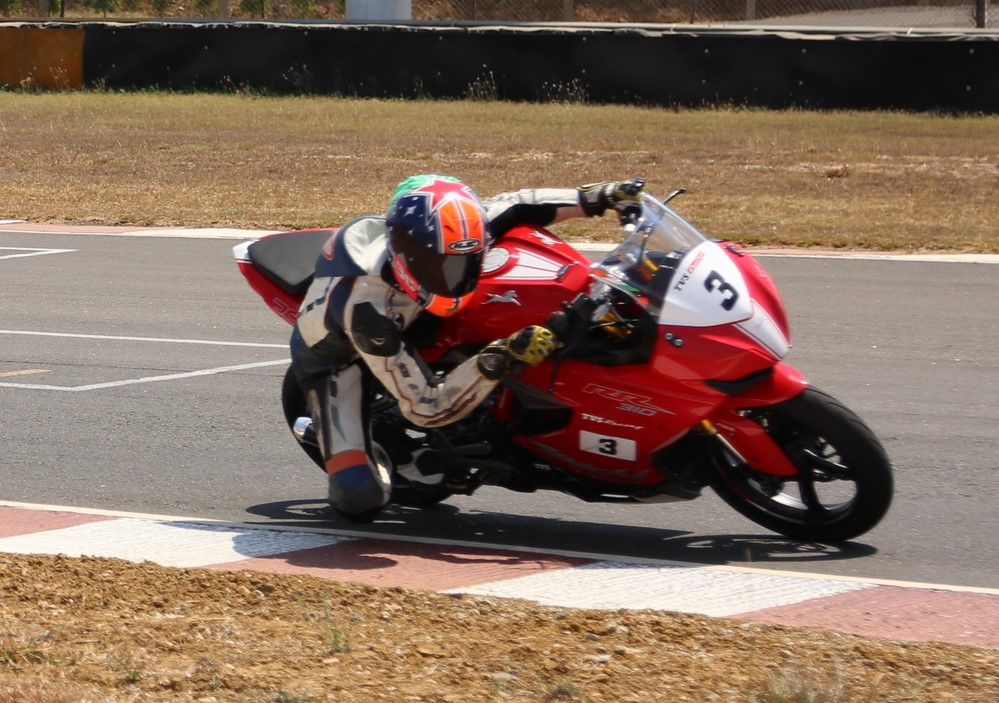 There were a few online reports which claimed that this version will churn out 45+ bhp of peak power but we connected with TVS to have an official word on this. They cleared that the company would reveal the power figures closer to the race and recently they have… The race-spec Apache 310 churns out 38 PS of peak power at 10300 rpm and it can achieve a top speed of 175 kph. In comparison, the commercially available 310 produces 34 PS of max power at 9700 rpm and has a claimed top speed of 160 kph!

From the looks of it, the motorcycles continue with the grippy Michelin Pilot Street radial tyres; the RVMs (Rear View Mirrors) are gone and the headlamps are taped. Most of the other bits continue to be as they are on the standard Apache. 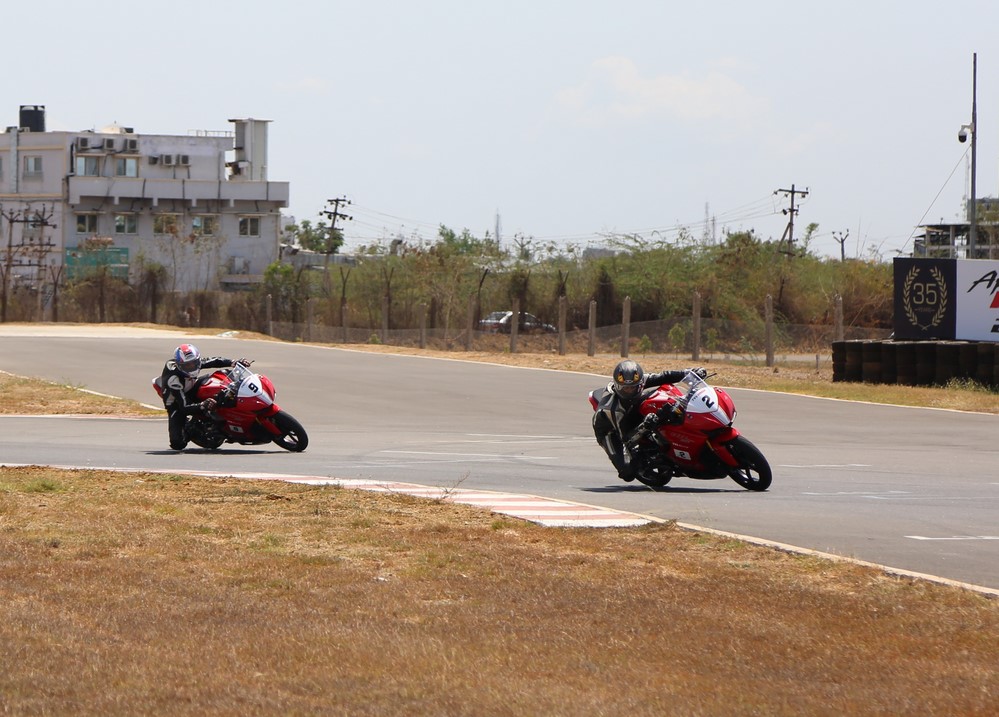 The first edition of the RR One Make Race, featuring the Apache 310, has begun from 8 June after a rigorous selection round which was held at the Madras Motor Race Track (MMRT Chennai) where the following 12 riders were shortlisted. 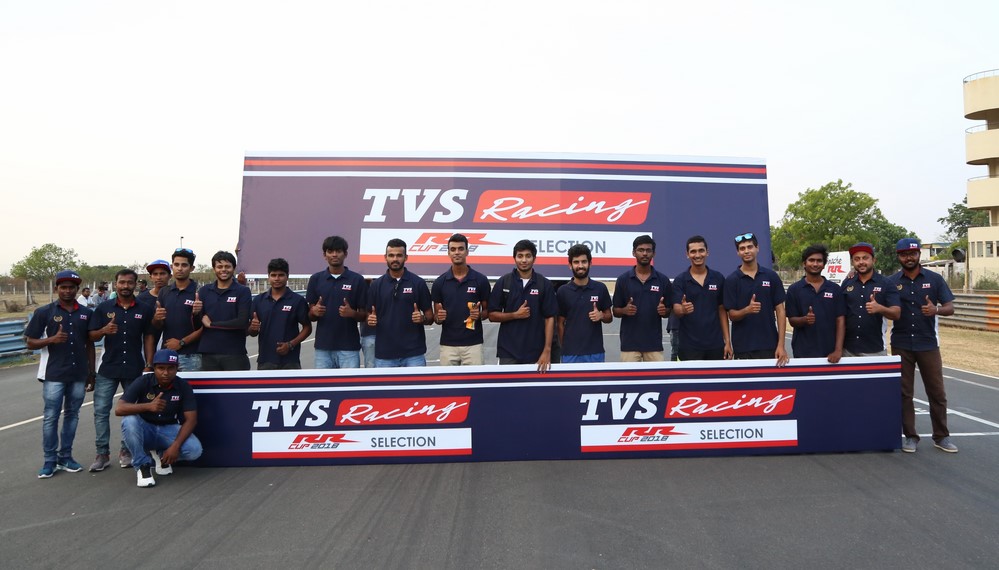 These riders will compete across 6 rounds where one round is a part of the Asian Championship. The Apache One Make will take place along with the Indian National Motorcycle Racing Championship (INMRC) in Chennai, Coimbatore and BIC, Noida.

2018 Apache 200 Launched with Four Changes And a Price Increase

On this occasion B Selvaraj, Team Manager, TVS Racing, said,

“When we spoke about the TVS Apache RR One Make Series at the launch of the TVS Apache RR 310, the response across the country was phenomenal. This further translated into the number of entries and we were delighted to see new names spring into the final 12. We are glad to have such spirited and talented individuals on our platform and look forward to see them compete fiercely in the cup astride Race tuned TVS Apache RR 310. I wish them all the best for the cup.”

It’s really applaudable that manufacturers like TVS are putting in efforts, time and money in professional racing which has two benefits – one, it will improve their own products and two, it will empower our neglected motorcycle racing sports in India.

On a side note, our road test editor Shiraz has recently tested the Apache 310 (obviously the road going version which you and I can buy) on Delhi roads and his review, answering all your questions, will be up shortly.