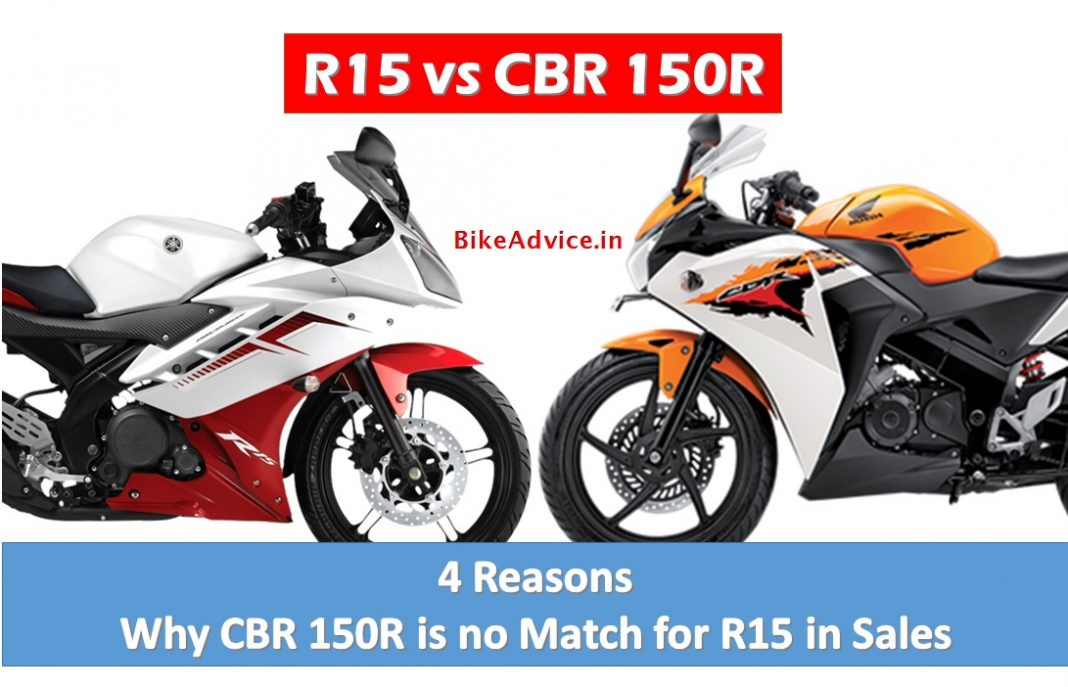 It was the 2008 Auto Expo which could be called as a turning point in the history of Indian motorcycling. Yamaha courageously showcased India the first affordable dedicated sportsbike and daringly launched it later in 2009. Back then nobody imagined that a 150 cc motorcycle could cost over 1 Lakh. However, R15 was an instant hit with people flocking Yamaha’s showrooms in hoards.

Three years later, rival Honda also gambled with their CBR 150R and placed it over R15. Both the motorcycles served the premium 150 cc customer however, CBR has never been able to come anyway close to the demeanour, poise, interest and the sales of R15, even after half a decade!

Just to give you a snapshot, here is the sales comparison of both the motorcycles in the last twelve months… 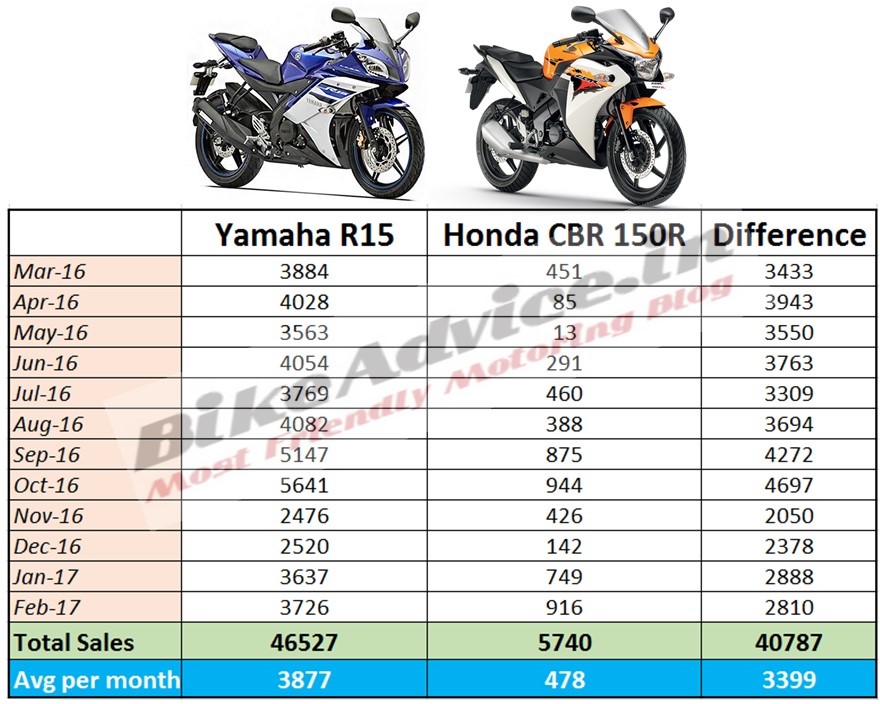 As you can see

R15 vs CBR150R: Reasons of Difference

Despite packing more power, DOHC engine (R15’s is still a SOHC), higher sales points what are the reasons CBR 150R is not as highly regarded a motorcycle as the R15? Let us list them down in the order of ascending significance…

Why CBR150R Could Not Do As Well

Higher Price Tag: Even in international markets CBR 150R has always held a premium over the R15 (barring the latest V3). Replicating the same strategy in India, Honda has consistently asked for a higher price tag. However, this is a smaller reason considering the fact that anyone who is investing about 1.2 lakh in a motorcycle can easily add another five (or even 10)! But what is significant is this – buyers do NOT accept that CBR could be had for a premium over the R15!

Segment-Least Torque: Now this is important! No 150 cc motorcycle, even the ones costing 60k, produce as low a torque as the CBR. If there was a compromise to be made, Honda should have reduced the outright power and increased the torque, like they did with the Indonesia-spec CBR 150R. 12.66 Nm of peak torque is something which even the marketing team should not have accepted!

Undecided Looks: R15 was and is a dedicated track tool! So, if you want to taste sports motorcycling, the packet that is called as R15 is the most suited (around its price tag). After its rear was criticised, Yamaha reacted swiftly and the version 2 sorted out its ass. CBR 150R, though a decent looker is not as dedicated a motorcycle. It does not look bad at all but but at the same time it does not appear as intentful!

No Updates: Right since its birth in 2012, CBR 150R has been carried over as it is, without Honda touching a single nut! Apart from new colours and graphics, the motorcycle has NOT received any update what so ever. What is salt on the wounds is the consistent updates and new models of the motorcycle international markets have received in these many years. The following infographic will sum up the sad state of affairs… 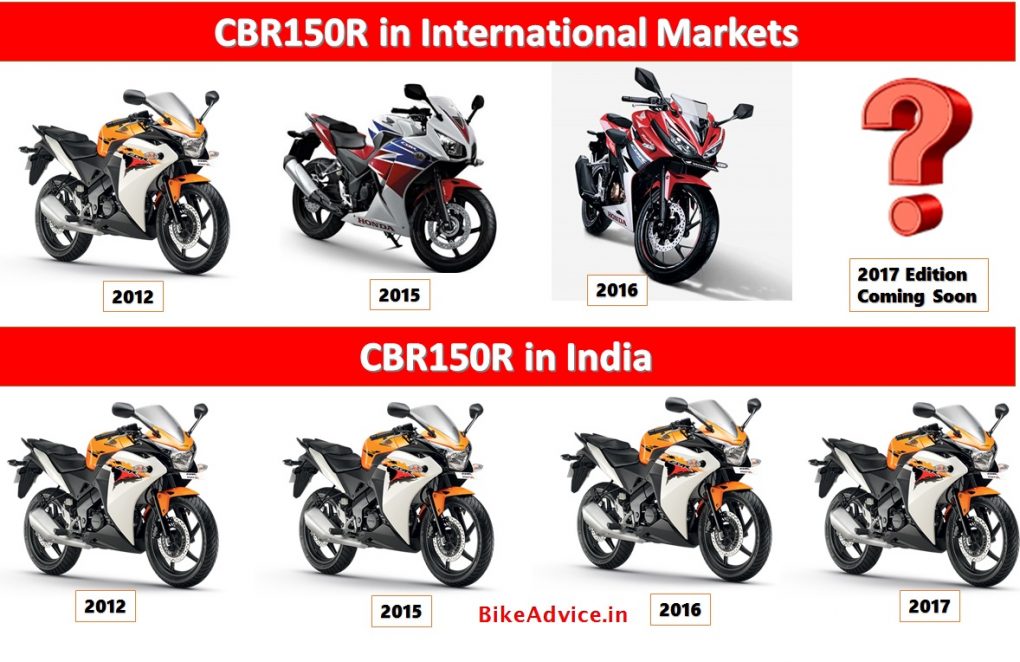 Markets like Indonesia have gotten two significant makeovers including mechanical updates since 2012 and the 2017 edition is expected in some weeks. However, in India Honda has paid no heed and the model has continued as it is since 2012. With the BS4 norms kicking in from April 2017, there has been a momentary pause in the sale of the motorcycle. However, we do not have hopes if Honda, at this backdrop, will introduce the updated versions in India…

Have I missed any other reason of CBR’s lacklustre sales?

Next Read: Biggest Reason Why Yamaha R15 V3 India Launch is Far Away…