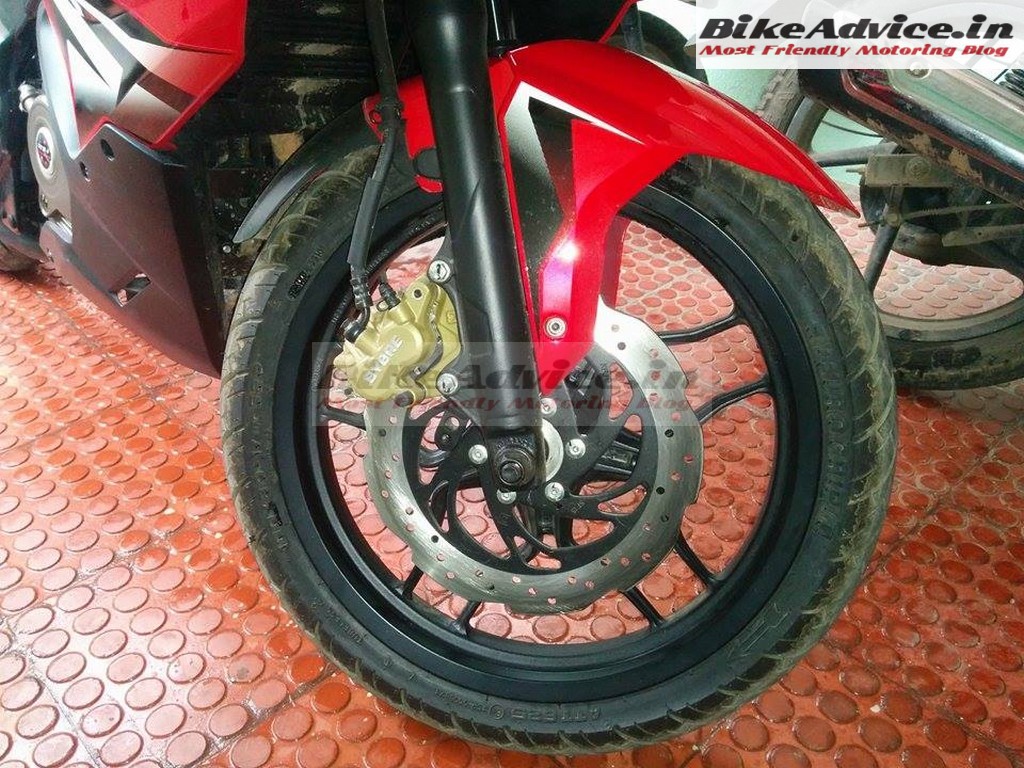 Bajaj Pulsar RS200 has been the centre of attention for some wrong reasons of late. It was in the headlines for an alloy wheel controversy where the owner claimed that the wheel of the motorcycle he was riding snapped upon hard braking causing severe injury to him and his wife, who was sitting pillion with him. A few days back, Bajaj dismissed the story after investigation and claimed that the alloy wheels broke off because of some side impact and not upon harsh braking (more details).

We have another story on this now! It is for the first time we have noticed that an RS200 has been delivered with Eurogrip tyres! Our reader Mosin Khan recently bought a new RS200 and to his disappointment, he found out that his bike was shod with TVS Eurogrips, which have often been cursed for the lack of grip on earlier Pulsars! 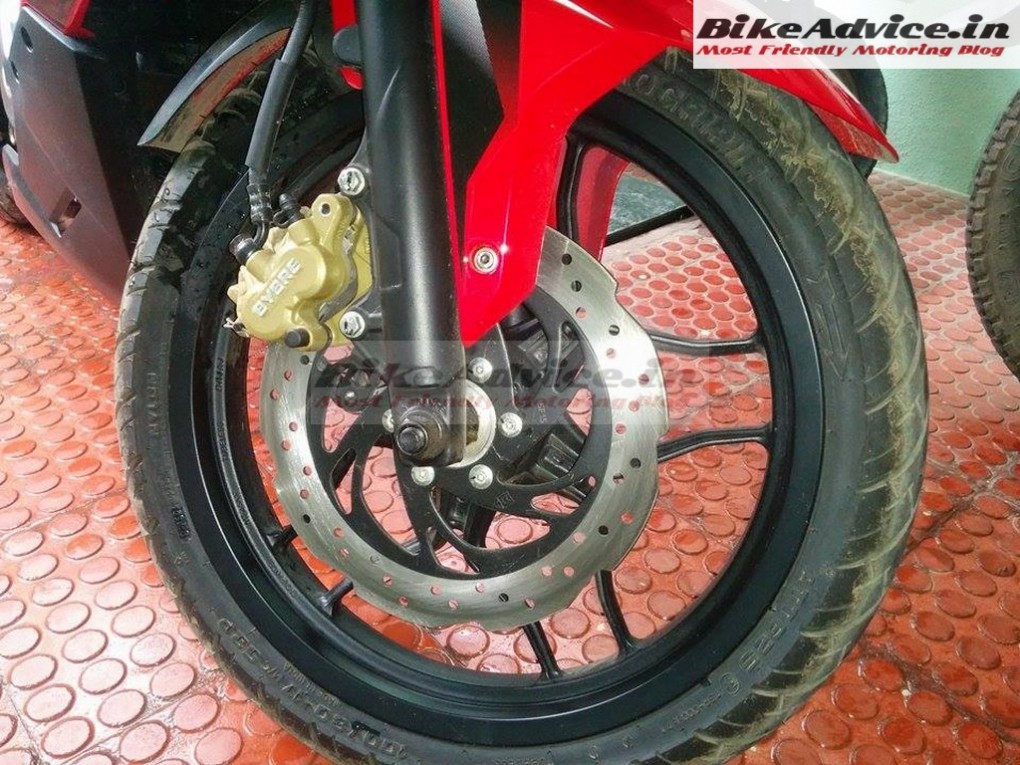 Mosin took it to the dealer considering that this is his foul play and also complained it to Bajaj. He was informed that these are stock fitments and the dispatched units of RS200 have also been shod with Ceat and Bridgestone, apart from Eurogrip and MRF. 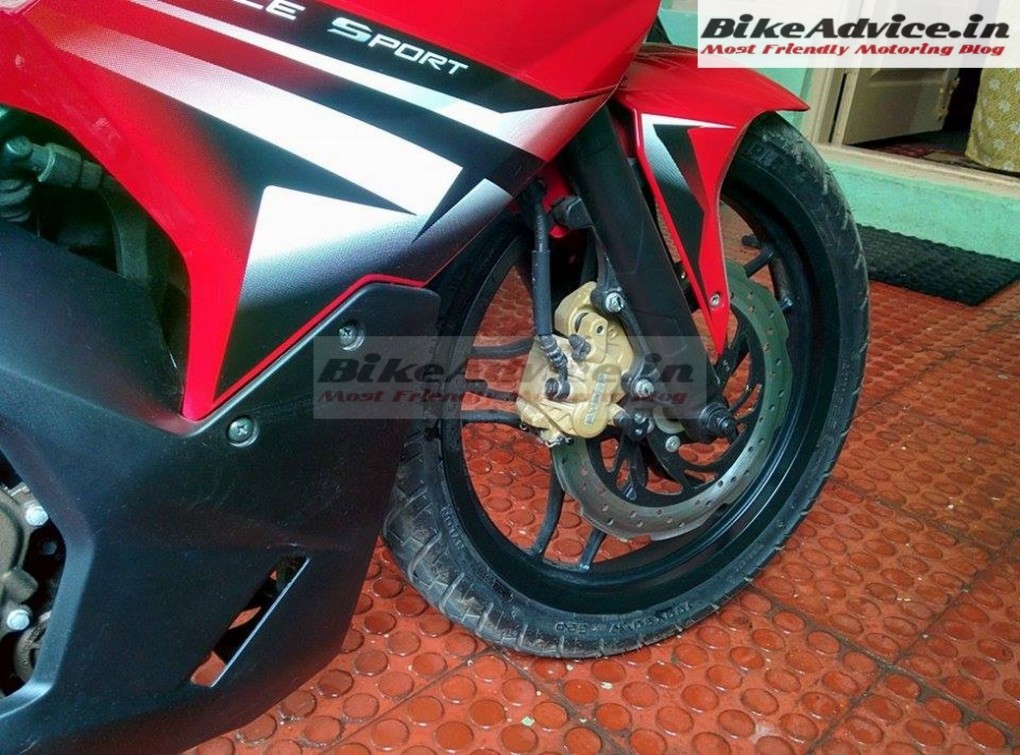 We have not connected with Bajaj to understand if this is true, but we will do that very soon. This is for the first time we are seeing a Pulsar RS200 without MRF tyres. Motorcycles at the media events, our test unit in Pune and the one we rode for a small duration in Bhopal… all of them sported MRF. A little while back, our Pune correspondent also brought to our notice that some units of Pulsar AS200 are also being offered with Eurogrip tyres! 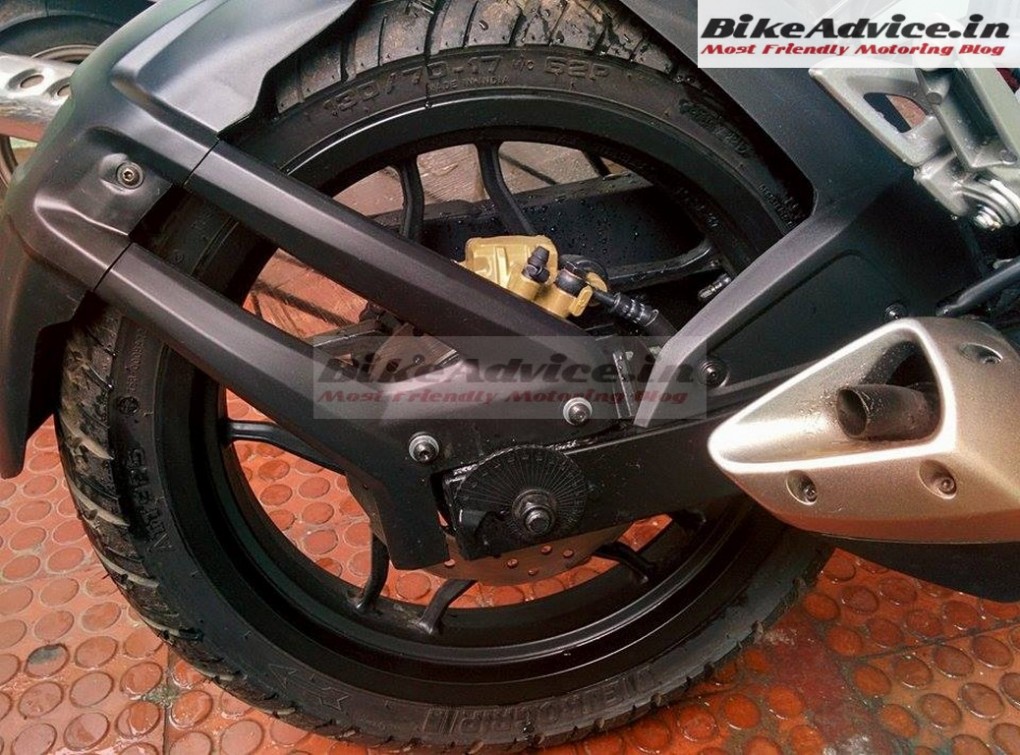 We sincerely urge Bajaj NOT to offer Eurogrips at least on their flagship motorcycle. So, if you are about to take delivery of your Pulsar RS200, do check the rubber prior to getting it registered on your name!