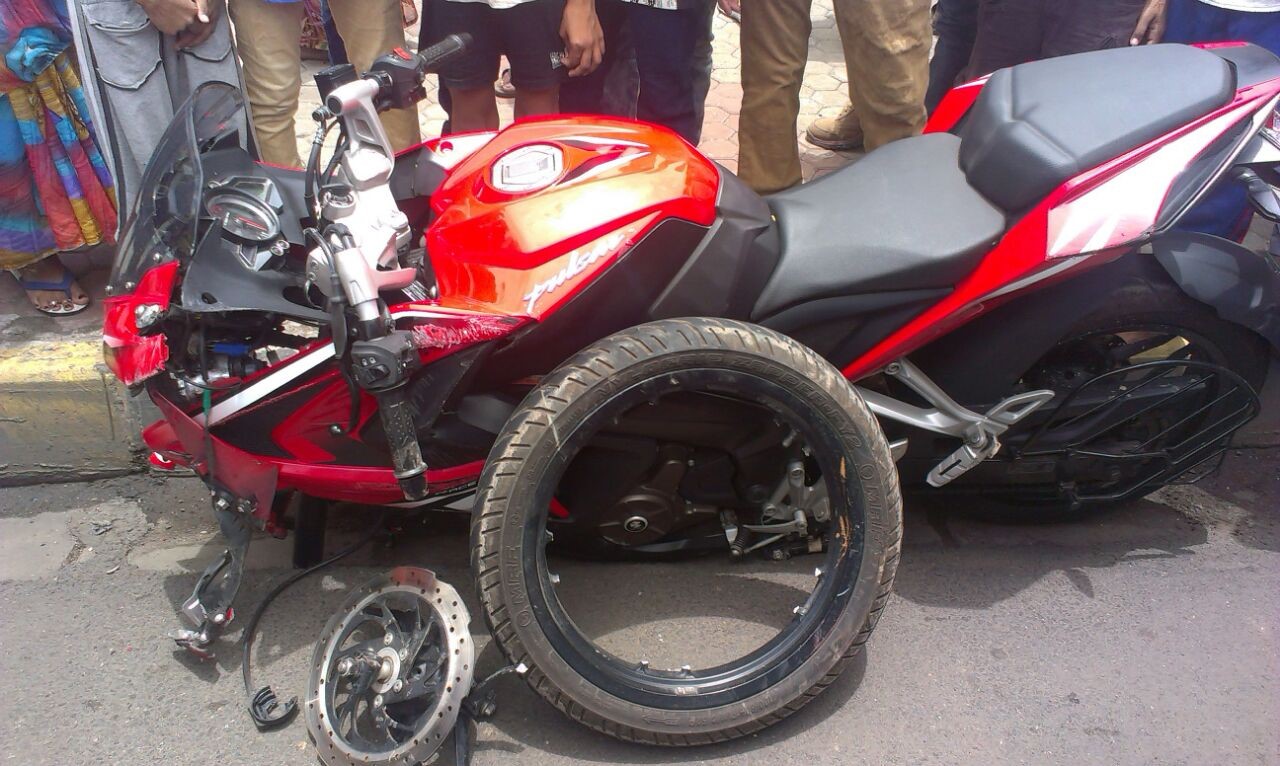 The curious case of Pulsar RS200’s broken alloy wheel has been becoming complex but there is an update. After an initial assessment report, Bajaj has now released a full analysis of the accident. The Pune-based manufacturer claims that the wheel shattered because of a powerful side impact. They say that three spokes broke off upon impact and the rest of them failed due to the resulting overload.

The rider was out on a ride on his new Pulsar RS200 and was doing speeds of around 80 kmph when he claims he had to brake hard. As per his version of the tale, the wheel broke because of hard braking. Bajaj sent an investigation team to the service centre where the bike is lying and they summarize that the incident happened when a ‘rigid‘ object came in contact with the wheel. 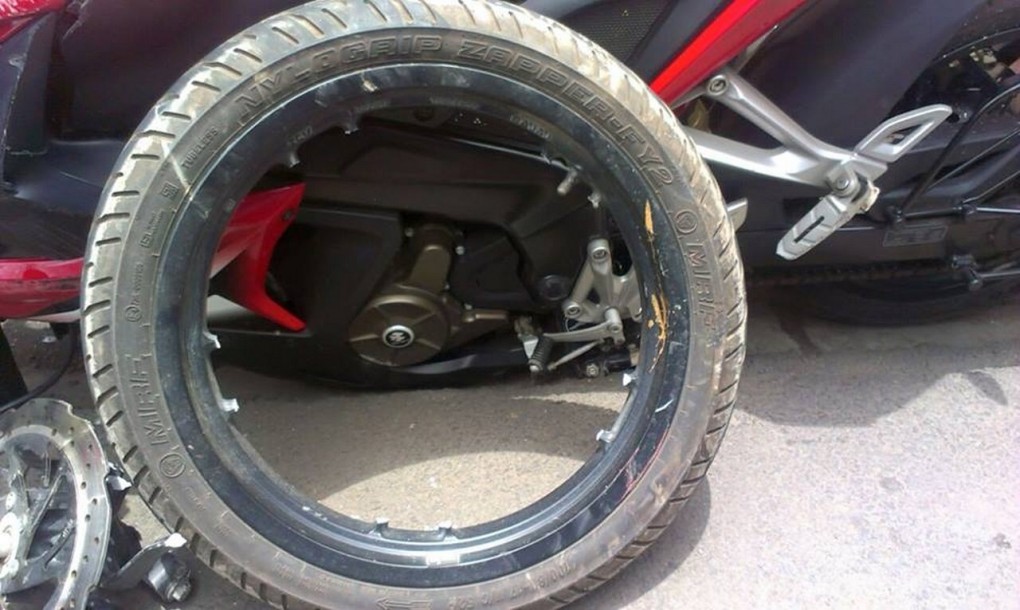 When we contacted the rider and told him about Bajaj’s clarification (he had not read the statement till then and he claims he is NOT able to login to Facebook and his account has been blocked (not deleted by him)) he remained on the same lines as before. He continues to say that he did not have any impact, neither frontal nor from the sides.

Regarding his health, he informed that his surgery was a success and because of the rods and plates inserted in his shoulder he has been advised a month’s bed rest by the doctor. 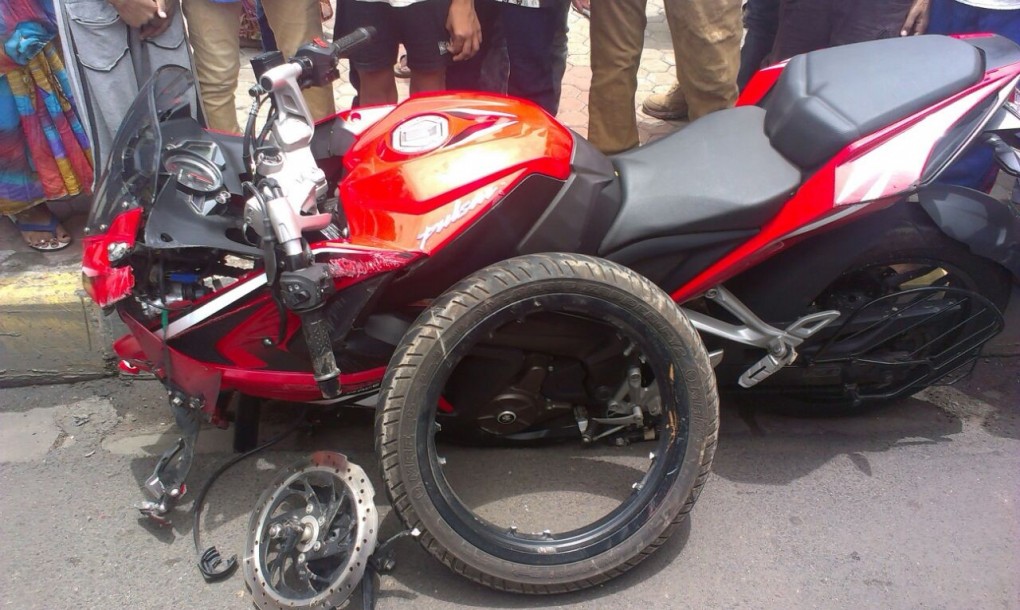 If we try to analyse what Bajaj as well as the rider has said, we are unconvinced by both the stories. The whole point of the alloy wheel breaking (the way it has) just under hard braking seems a bit absurd. If we talk about Bajaj’s tale, as per them the alloy wheel has fractures from right to left, which means that the impact hit the bike from the right, thus making the bike fall on the rider’s left hand side. The left hand side of the bike does have a few scratch marks with a bent foot peg (and a dislodged handle). However, if the bike did fall at such high speeds how is that fairing almost intact? 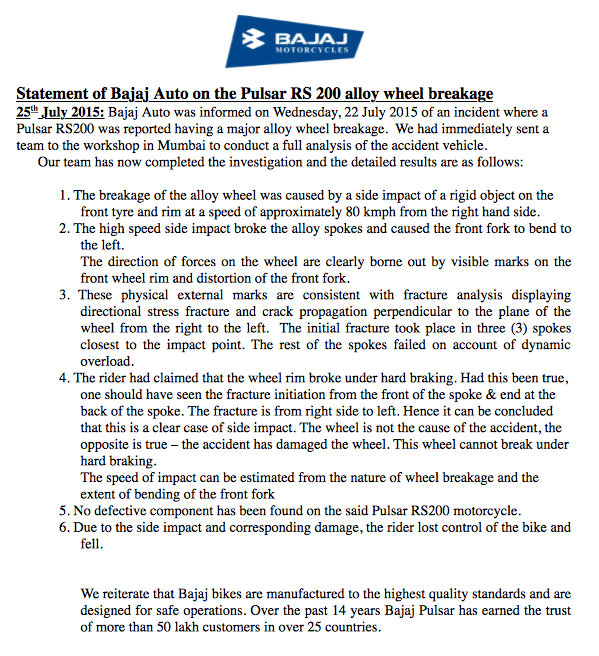 From this communication, it is clear that Bajaj has sidelined the issue and there is a clear message that there will NOT be any recall. They say that their motorcycles, including the new Pulsar RS200, are built to quality and have nothing which need any change!

We will continue to dig deeper into the matter but will request our readers to ride safe and always wear proper riding gear.