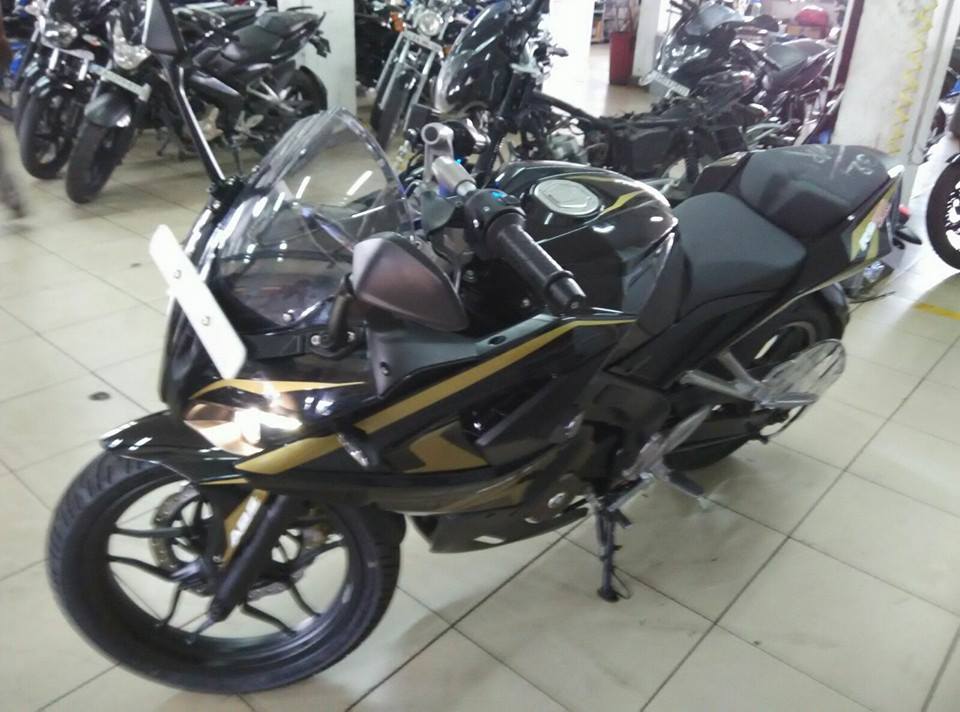 If we flashback a few months, prior to the launch of the Pulsar RS200, Bajaj had showcased at least four colors of the motorcycle in some or the other part of the world. They ended up launching it only in two – yellow and red and missed out on the most-sold-motorcycle-color – BLACK, apart from Blue (with white).

Since they were in the plan, it was expected that they were either kept exclusively for the bigger Pulsar RS400 or Bajaj reserved them for creating future headlines. Limited production constraints could have been another issue!

Now, at least one of them – Black golden, has resurfaced at Bajaj Pulsar RS200 Owners Group, with claims of this pic, of a sparkling Pulsar RS200, taken at a dealership. From the surroundings it does appear to be a Bajaj dealership and that number on the rear seat (which we have seen a lot of Bajaj dealers put up) hints that this is a brand new bike for sale.

With Eric Vas, President of Bajaj Auto confirming that they will double Pulsar RS200’s production from this month, this may mean that they have also added this new color to the palette and the motorcycle has started reaching dealerships and may officially be announced soon, for sale.

This is the ABS version in the pics but for some reason, the golden color is not as striking as it could have been or it may just be the pic… However, we still await an update on the remaining blue-white color…