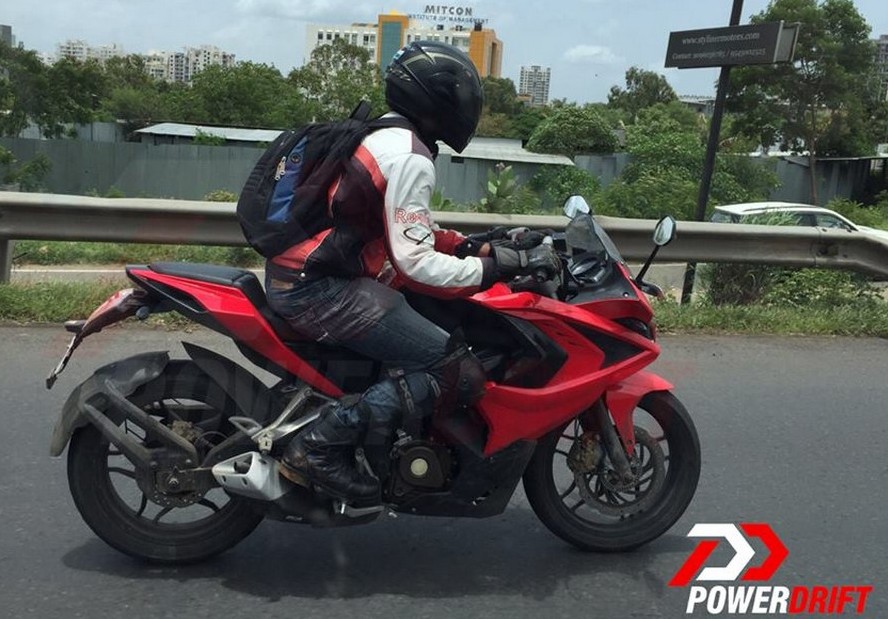 Lo and behold! Another spy shot of the Bajaj’s faired Pulsar. This time the folks at Power Drift have captured an image of a red Pulsar without the wacky sticker job seen on the RS200. The post goes on to claim that this is the RS 400 out for tests!

Now if you have been on the edge of your seats, we suggest you to calm down because, while all the websites you have read till now read ‘Pulsar RS400 Spied‘, we are still not convinced and do not believe that this is the bigger and the most awaited Pulsar RS400!

We took yesterday’s spyshots of the faired Pulsar as a neat stickerjob on the RS200 and this, clearer picture, gives us a glimpse of the engine bay. Read on why we say we are still skeptical! 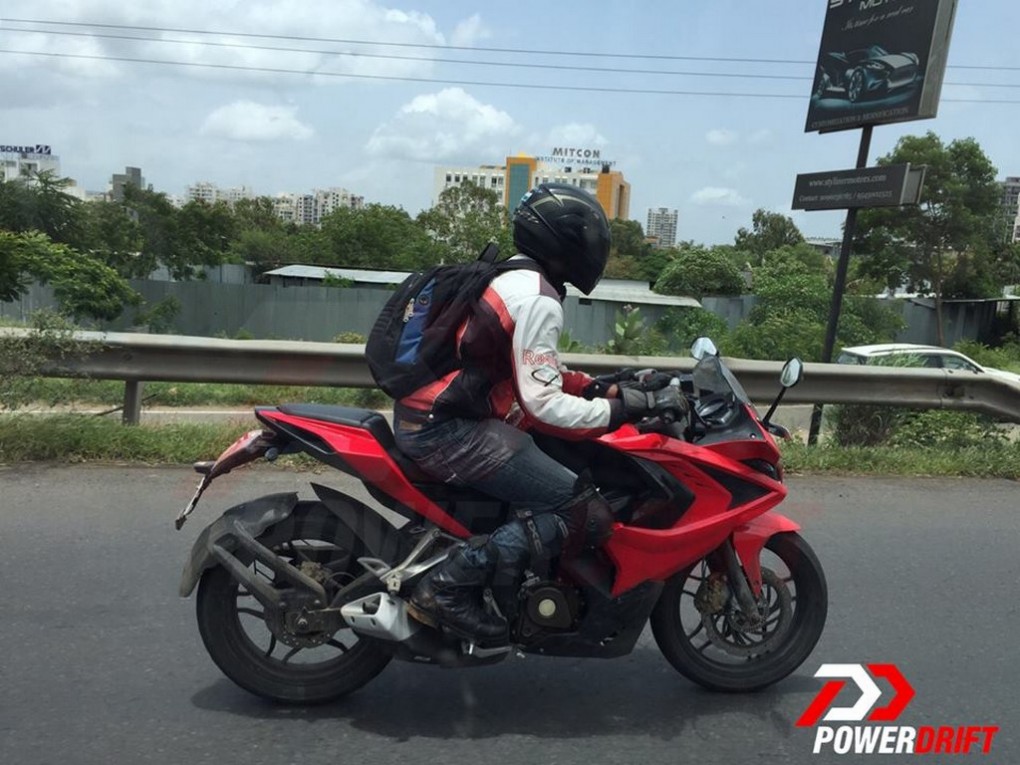 Look at the crankcase cover design of the test mule. Now compare this with the existing Pulsar RS200. Aren’t they absolutely similar. Now, let us present a similar picture of the Pulsar SS400 showcased at the Auto Expo 2014 below… 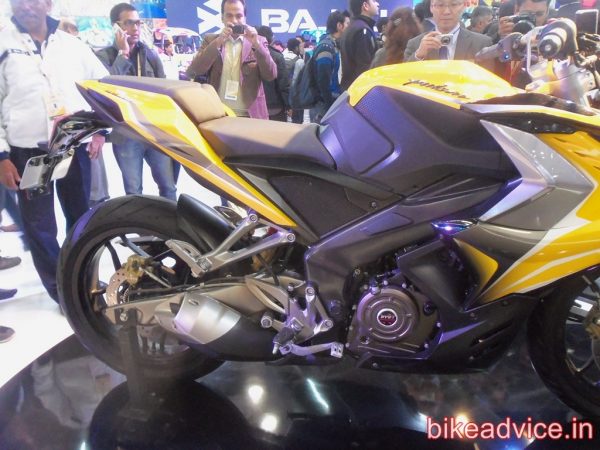 This is a lot bigger and definitely different than the test mule. Now, we are NOT saying that Bajaj can not design the same crank case cover for the RS400 but we are basing our thoughts on whatever is official till now! Another difference which we can notice here is the front petal disc brake on the test mule whereas the Pulsar SS400 of the Auto Expo sported a round disc plate upfront (rear was petal).

We repeat, our skepticism is supported by the fact that, according to our knowledge, Pulsar RS400 is still sometime away.

Now the next question is if it is the RS200, why is Bajaj testing it in the open. While the certain answer could only be with a few related Bajaj’s officials, it could be anything from an endurance test mule to something else. But, our heart says, come on Bajaj, surprise everyone with this, including us…