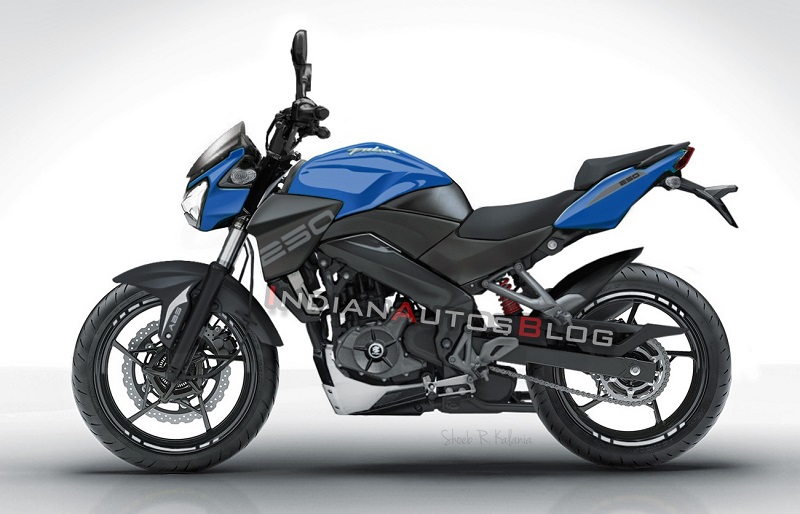 Pulsar 250 pic (speculative rendering) has surfaced – are we getting close?

There have been multiple reports on the internet regarding Pulsar 250 and its possibility. However, there is nothing concrete on this, not at least from Bajaj so far. So, let us keep this as a speculation for now.

Adding to the story is the latest render pic by Indianautosblog which suggests that this is how the Pulsar 250 could look like when (and if) launched. The motorcycle in blue looks muscular but it doesn’t have the oomph of how likeable quarter liters generally look. It features conventional forks, wide tank, split seat on upswept rear, along with a large petal disc upfront. Do remember that this rendering can have little to no resemblance with the actual product.

Actually, a report by a prominent portal claimed that Bajaj is working on a new engine platform which will have wider scalability. It could be stretched to a maximum of 250cc which directly hints at the possibility of a Pulsar 250.

It adds that the motorcycle could do with 4-valves and be BS VI ready when it goes on sale by around end-2019 (or sometime next year). Why the Pulsar 250 appears to be a big possibility is because Bajaj’s Pulsar range, though a sales leader as of now, is getting old and redundant and needs an overhaul to keep the interest levels going and Bajaj knows this! You can read more about it here.