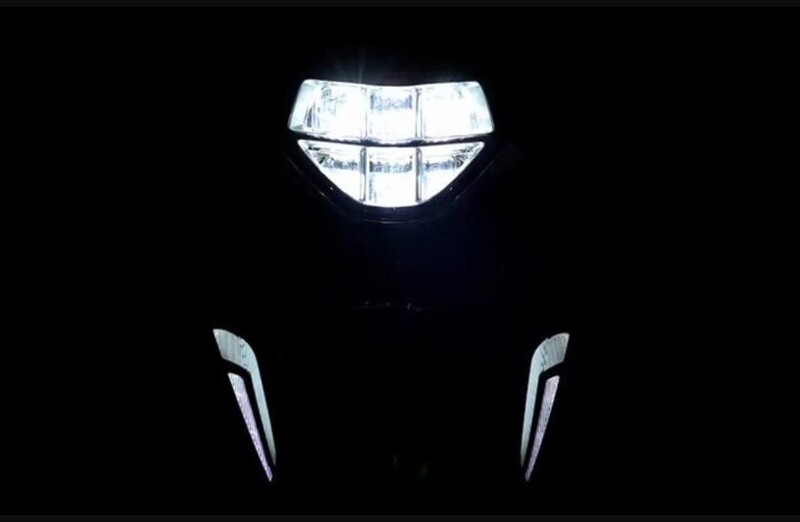 Okinawa OKI90 launch expected later this month. It could be the biggest e-scooter for our market and may get impressive features…

Okinawa Autotech, one of India’s top selling electric two-wheeler makers, have teased their upcoming electric scooter which internally is known as the ’Oki90’.

Okinawa shared a 9-second trailer on the official Twitter account along with teasing the moniker ‘90’ on the recently posted image, Okinawa is hinting at the arrival of their latest electric scooter offering. It is expected that the Oki90 will make its debut later in the running month of March 2022.

The video teaser gives us the glimpse of the front lighting setup of the upcoming e-scooter. On a dark background, we can clearly see the all-LED setup consisting of two layers of LED headlight which appears to be integrated into the handlebars. And just below it, vertical LED DRLs which are integrated and follow the outer edge of the front apron of the scooter.

A few weeks back, we also shared some images of the alleged Oki90 test-bike which was spotted testing on our roads. It, kind of, gave us the idea what the finished e-scooter from Okinawa could look like. The test-scooter had a big motorcycle-esque presence riding on what appear to be 14” wheels and a really long wheelbase.

It sported a wide & flat floorboard, broad front & rear fenders, stepped single-unit seat, alloy wheels, full-digital instrumentation which could have Bluetooth connectivity and will get either ABS or Combined Braking System (CBS) as standard. It is also rumoured that the battery will be Li-ion which can allow the scooter to achieve a range of 150-180 km on a single charge.

Okinawa have recently inaugurated and announced their new manufacturing facility in Bhiwadi, Rajasthan where the new Oki90 electric scooter will be produced along with development of other upcoming models. In the initial stages of operation, their new plant will be able to produce 3 Lakh units annually. In due time, the company is targeting to scale up the production to nearly 10 Lakh units per year.

The Oki90 e-scooter from Okinawa will compete with Ather 450X, Ola Electric S1 & S1 Pro, and Simple One electric scooters in our market.