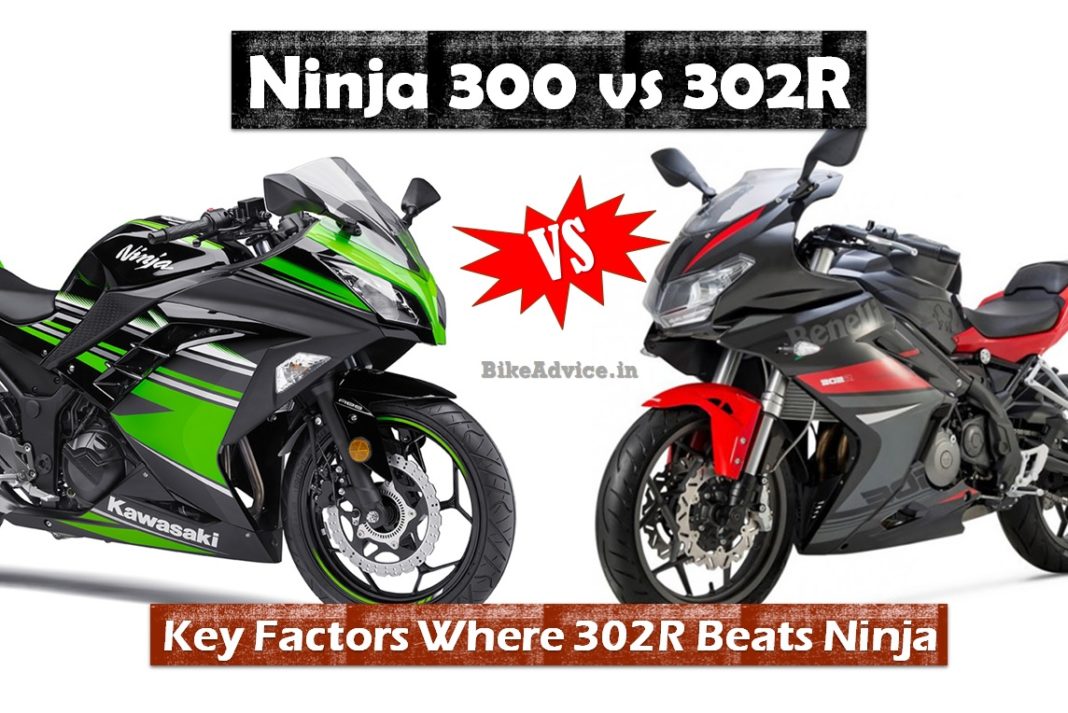 Ninja 300 vs 302R? You will be prompted with this question if you are considering a sports 300.. In this article we list pointers where 302R betters the jap…

The faired 302R from Benelli was recently launched in India by distributor DSK of Pune. It joins the segment which currently only has the Ninja 300 as the main competition after Yamaha withdrew their R3 because of the latest emission norms getting mandatory from 1st April 2017.

So, quickly let us list three key factors where the 302R outstrips the Ninja..

ABS – It was surprising that Kawasaki did not introduce ABS on their 2017 Ninja 300 and it still does not get the tech. DSK Benelli is offering the 302R with ABS as standard. It is a switchable and dual-channel unit. Even the R3 was not offered with ABS so far but the new updated model, whenever it comes, is expected to get the safety net. Till then, the Italian enjoys supremacy in this department. And this is a deal-maker!

Price – Before the R3 was discontinued it was priced at around Rs 3.26 Lakhs (non-ABS). The 2017 Ninja 300 (non-ABS) has been priced at around Rs 3.6 Lakhs which means that the ABS variants of both these motorcycles would cost about Rs 25000-Rs 30,000 more. This is where 302R appears to have done a decent job. DSK Benelli is offering the motorcycle at Rs 3.48 Lakhs with standard ABS. This has specially made the Ninja 300 look extremely overpriced… 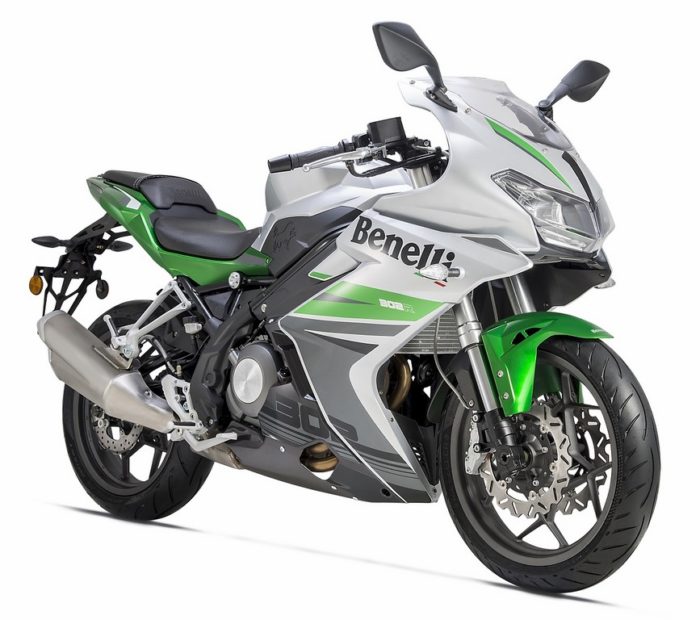 Warranty – Yamaha offered the R3 with a warranty of 2 years (or 30,000 kms). DSK is offering a standard warranty of four years and unlimited kilometers on the 302R. In addition to this, DSK informs that you can opt for a ‘Happy Savings Plan’ which will ensure lower cost of ownership and warranty protection. While the confirmation on the 2017 Ninja 300’s warranty is pending, but it is surely not this much.

Apart from this, 302R also boasts off the following features which are absent/lesser on the Ninja 300…

There are obviously a lot of factors where the Ninja 300 is expected to be better – for instance, the engine but clearly, the 302R has come in as a strong rival in the segment and these pointers do make it a very compelling case to consider it as an option, at least till Yamaha decides to spoil the party (which, by the way, is confirmed).