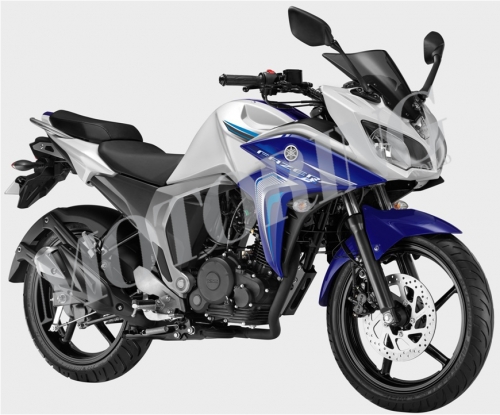 Yamaha India had recently launched the second generation, version 2.0 (v2), of its naked FZ/FZ-S motorcycles, but the twin-headlight Fazer v2 was missing. I believe that Yamaha would have developed the new version of its half-faired bike with the nakeds, but chose to delay the launch to let the spotlight remain on the FZ-S V2 for as long as possible. 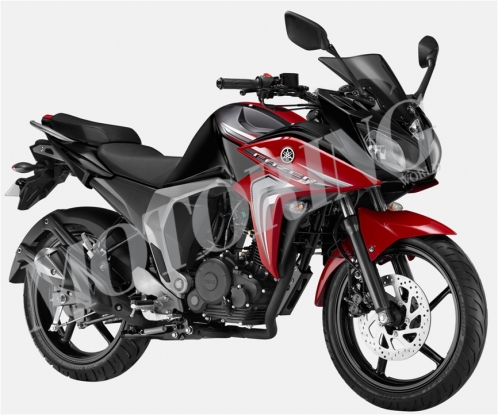 However, they can not prevent spilling of the beans when an on-road spyshot of Fazer FI V2 made way onto the interweb in July. Now, with the festive season around the corner, the company is all set to launch the Fazer v2 to keep the fans’ interest alive and the momentum going. Folks at Motoringworld.net have managed to bring clear and official images of the new bike in three colours – White Cloud, Black Hawk and Red Dawn – that the bike would be available with initially!

There is no dispute that the old FZ-16 (not the chicken-comb FZ-S) not only looked better than the new version, but it was the best looking motorcycle across many segments. So, when the first spy-shots of the FZ v2 emerged, I just did not like the looks, and that opinion has not changed after seeing the bike in flesh and metal. Now, the old Fazer was also a handsome motorcycle and I was a little anxious about Yamaha giving the bike a similar treatment in its 2.0 version. Thankfully, the new bike looks better than its naked counterpart if not than its own previous avatar.

There are some design elements though that are better than the old Fazer’s. For example, the stepped seat makes the Fazer look much more substantial and ‘complete’ than earlier and the redesigned fairing is sharper too. And, are those air-scoops below headlights or the dark underside of the fairing panel is responsible for that illusion? Nevertheless, I like the new face of the Fazer v2. The fairing also extends further down towards the crankcase while getting new graphics in the process. 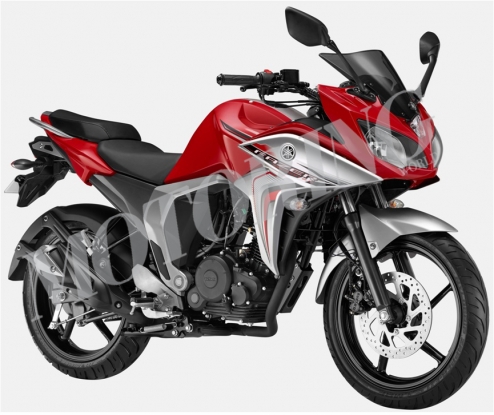 Rest everything like the new instrument console, tank, taillight, etc., is what we have already seen in the FZ/FZ-S v2 obviously with the inclusion of the FI unit. The biggest downer however, may be the same 149cc engine in almost similar tune and specs. According to Motoring World, new Fazer v2 continues to put out 13.1PS of power and 12.8Nm of torque. Launch, they say, is within this month!

Now, the old Fazer sells for around seven thousand more than the old FZ and around five thousand more than the old FZ-S. The new FZ-S v2, at INR 78,250 (ex-showroom, Delhi), is the costliest of all the five FZs at present (Check price comparo here). Therefore, this new Fazer v2 will cost somewhere around 82 thousand rupees (ex-showroom, Delhi), making it more expensive than the new Karizma R, which might not be very pleasing to the eyes but appears to be offering more for your buck!

Nonetheless, since the official pics are now out, we await to hear something from concrete from Yamaha itself!