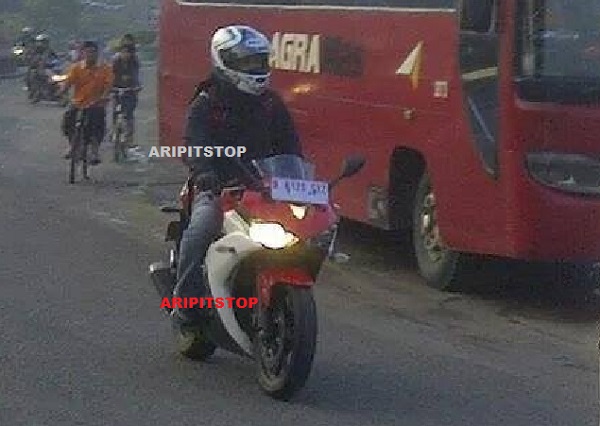 Just a day before the Yamaha R25 is to be released in Indonesia we have a new set of spyshots that have emerged almost unearthing the bike in total! 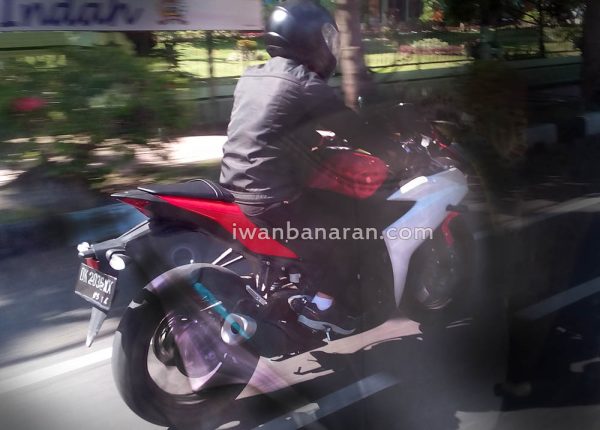 In the last spotting, we have talked about the new dusk (pilot) lamp positioned at the centre of the front fairing, right between the two headlamps. We had been wondering how would it look like on the roads and our questions have been answered with these new spy pics courtesy Aripitstop.com & iwanbanaran.com.

The bike looks very, very classy and the first impressions have left us really itching to get astride one. The red and white paint combo will get a lot of decals and graphics.

The tiny side indicators resemble the younger sibling R15 a lot, both in terms of design and placement. The seating posture is not-so-committed and in fact, it appears to be a little lesser than R15 (check featured pic). The footpegs are rearset but the handlebar is relatively high(er) mounted.

The awkwardly high pillion seat, yet again, would be a real competition to R15 V2 in terms of discomfort. But then, it lends a lovely little flowing tail section.

The engine specs continue to remain a mystery but considering Yamaha, it can be expected to be a very potent mill, and let’s not forget the fact that the bike red lines at 14000rpm! The rear tyre appear to be 130mm wide.

Considering how R15 has established itself as a track champion, the R25 is expected to follow suit with almost equivalent handling prowess, if not better! 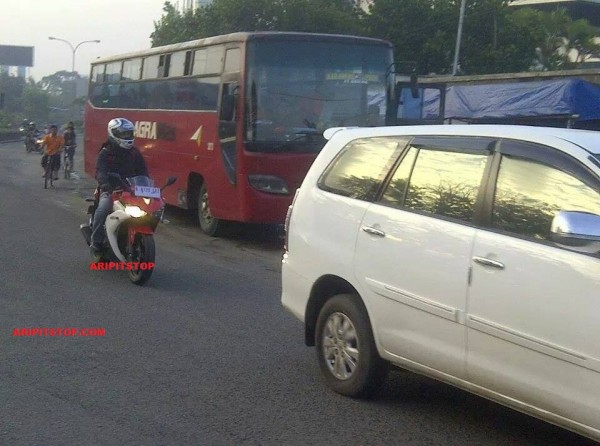 For the Indian market, which will hopefully be R25’s next stop, a lot would trickle down to pricing and if Yamaha manages a surprise there, it will surely be the product of the year! In Indonesia it will be launched tomorrow; Keep tuned!