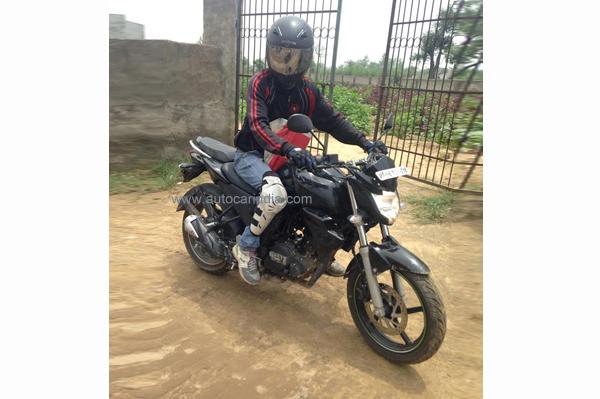 The premium 150cc segment offers the buyers a little bit of exclusivity at an additional price. Yamaha has constantly been updating its FZ series of motorcycles but it has kept them limited to new colors and graphics!

However, with an increase in competition, Yamaha has clearly felt the need to update its FZ series with something deeper and more significant. They are calling it as FZ Version 2.0; showcased it at the Auto Expo 2014 and it is already under tests.

Autocar has published new spyshots of the upcoming updated FZ v2. Against the existing speculations of the FZ getting a bigger 170cc engine, we believe it will continue with the same 153cc motor albeit a better tune is definitely on the cards, along with the possibility of it getting a Fuel Injected (FI) fuel supply system in place of the current carburetor. Yes, like you, we also hope for a significant power bump in the final specs! 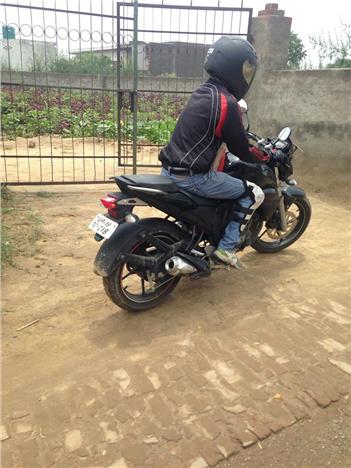 The new version, apart from the new bikini fairing and headlamp unit changes, gets a new full sized mud cover on the rear tyre and clear lens indicators with a larger tail lamp unit. The grab rail has also gone under the knife and gets a lighter shade of colour. The new exhaust looks much better and less flaccid.

The front registration number plate continues to be headlight-mounted! The instrumentation cluster will also go through a minor makeover. The new split seats add a bit of sportiness. So far, the mules spotted have been snapped sporting the regular front disc/rear drum setup. We would love to get rear discs, even if it is optional! 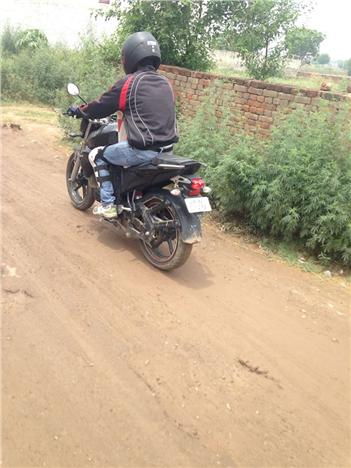 The new FZ version 2.0 is expected to be marginally costlier than the present generation if it gets an FI unit. There are reports of its launch sometime soon, but we believe it may not come ‘so’ soon. We expect Yamaha to launch it towards the second half of 2014 and it will rival the Gixxer as well as Honda’s new 160cc motorcycle.