Looks like Bajaj is not in any kind of hurry to introduce their first ever fully faired motorcycle – Pulsar 200SS in India. Last year Rajiv Bajaj was quoted in many interviews talking about the launch of various Pulsars before the last financial year and we are well through at least 3 quarters over that and yet to see a significant Pulsar launch!

The expectation and hints were that the company will launch 200SS after the new Discover 150 stabilizes. Recently, they showcased the motorcycle at an event in Turkey which further strengthened the belief that the company has the product ready and it should be launched anytime soon. However, latest sneaking bits coming from our sources tell us that the bike will NOT be launched anytime very soon!

Yes, the rev happy exhaust note you heard, when those videos came up on YouTube, is still a little far from coming to a dealership near you.

The Pulsar 200SS will be getting a fuel injected mill from the 200NS (which is already sold in certain international markets like Turkey) and is expected to churn out 24.47 PS of power and 18.3 Nm of torque. The power is slightly more than the 200NS sold here and a little less than the KTM Duke 200 (and RC200), another motorcycle which uses the same engine. 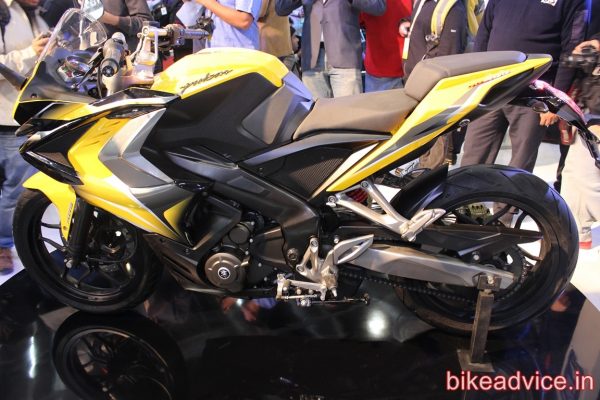 The beautifully sculpted lines and the strange but futuristic tail lamps carried over from the 400SS look great, add to that the projector head lamps and LED pilot lamps which make the bike a lot desirable!

The next question is – if it is not coming soon, then when shall we expect its official launch?

Frankly speaking, Bajaj is upto its own will and must have some plot in mind. They probably may be waiting for some bike like HX250R to launch the 200SS around the same time to snatch the limelight or some plan which we are unaware of. However, sometime during the first few months of 2015 is when Bajaj should be launching it in the market.

* Pictured on this page are images of Pulsar 400SS. For pics of 200SS click here.