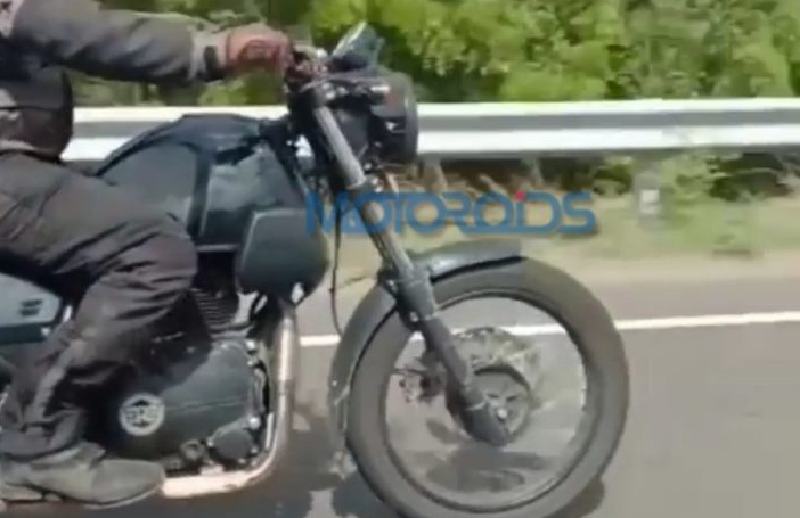 New Himalayan variant spotted? One that could do better on the long roads? What else explains the differences that we can notice on this test mule…?

Though Royal Enfield has updated the Himalayan very frequently ever since its launch (though most of that was a compulsion for them), it still remains one single model on that platform in the line-up. Reports of a twin cylinder Himalayan have been in the air since 2018-19, but there is nothing very conclusive on that so far.

But frequent sightings of a different-Himalayan now suggest that there is something brewing inside the boardrooms and it is NOT the twin cylinder model. A mysterious Himalayan has, again, been spotted under tests.

There are some interesting differences like the front tyre appears to be smaller on this mule, there is no windscreen, no fork gaiters and more importantly, there is an additional tank extension which is not found on the regular Himalayan.

Does that mean that Royal Enfield is preparing a more road-biased version of the Himalayan? A model that could be better on the road and, may be, ditch some of the off-road friendliness.

But if that is the idea – the motorcycle needs to have more juice. Currently, the Himalayan passes off, simply because, it is more of an Adventure model which can do off-roads (where speeds are not the main priority). However, once we talk about tourers, then speed/power becomes a bigger criteria – where the current motor does NOT do a good job.

In the nutshell, even we are confused about the possibilities but one thing looks certain – something on the Himalayan is cooking…