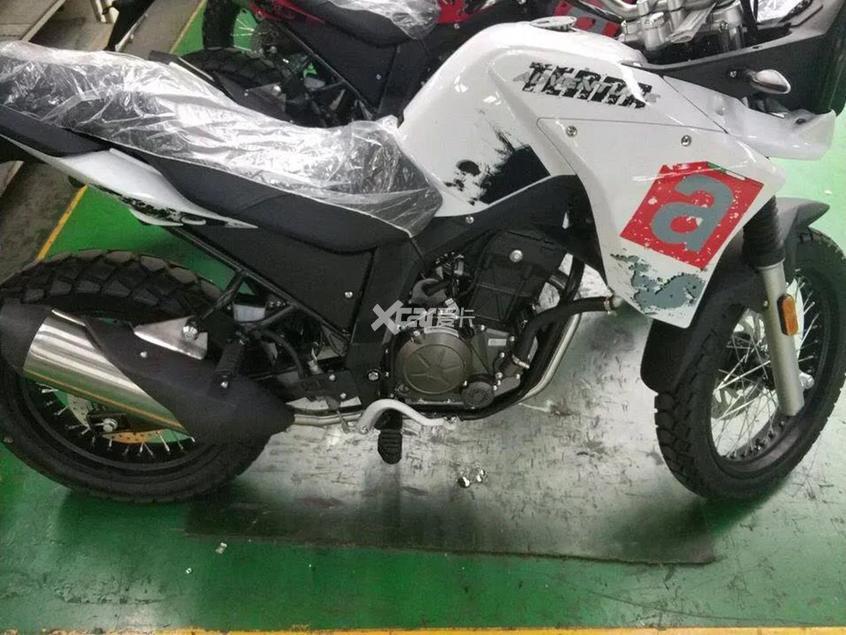 New Aprilia 250 Terra could be a worthy rival against KTM 250 Adventure & others. Its first spy pic has emerged..

Along with others Aprilia is also consolidating its mid-size motorcycle lineup. It is not widely known but the company has an Adventure sub brand called as Terra. It was introduced through Terra 125 in 2016 in China and later it was upgraded as Terra 150. In a latest development, the company is readying a new quarter liter version called as Terra 250.

A spy pic of the motorcycle has leaked from one of the company’s factory. It follows the same design theme of the 150cc version and also has a very similar styling and color theme. However, there are a few changes that we can notice. Because of that bigger motor, the exhaust pipe is now routed from under the engine and the canister is at its conventional position. On the Terra 150, the exhaust pipe moves by the side of the engine and ends up beside the pillion seat.

It is speculated that Terra 250 may use the same engine from the recently unveiled GPR250. On the faired model, this single cylinder model produces 26.5 PS of peak power and 22 Nm of max torque. However, it may be a tuned for better low and mid range on the ADV because of its different application.

Terra 250 is equipped with knobby tyres, long travel front suspension and appears to have a fairly high ground clearance. Unlike the 150, the 250 cc version also gets black colored fork gaiters.

The Aprilia Terra 250 will be a nice addition to entry level Adventure motorcycles in the world. Considering India’s new found penchant towards ADVs, we would love to get one as well!