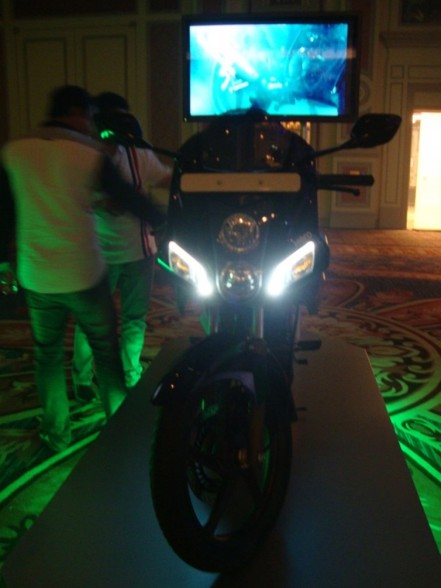 Here are some more snaps of Hero MotoCorp’s new Karizma alongside the new Xtreme. In all probability, the showcasing took place at a private function organised by Hero MotoCorp, with a select few dealers being invited to it. Over the last few days, there has been a gradual surge in the number of images emerging out on the web. 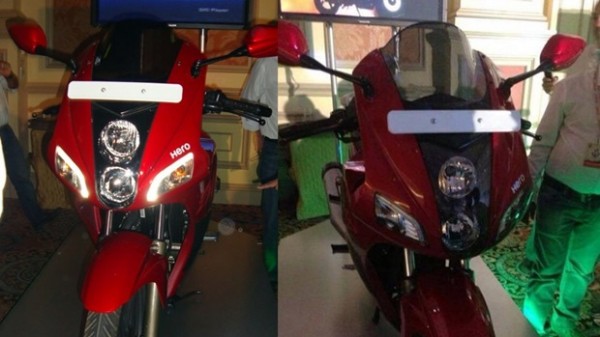 The cynosure of all eyes has been the headlamp setup on the new Karizma twins. Quite a few sources of inspiration seem to have been used, and here we see the parking-lamp-cum-turn-indicators in a glowing state. The jury is still out on whether the headlamp assembly is a step forward or not : some opine that it is a bold step, but quite a few others feel it is outright disproportionate.

We still have to see if the headlamp assembly of the new Karizma twins will be able to light up dark highways like the Pulsar 220 has been doing for quite some time now. Nevertheless, the parking lamps make it look menacing!! It is being said that the bike will also be more menacing than the older edition. The updated Karizma R as well as the Karizma ZMR will carry engines with a bump in power figures. Though we aren’t sure of the specific figures, they could be out shortly.

It is also being said that Hero MotoCorp and EBR are working together on an all-new engine for a new bike which could be unveiled at the next year’s Auto Expo. Fingers crossed!! 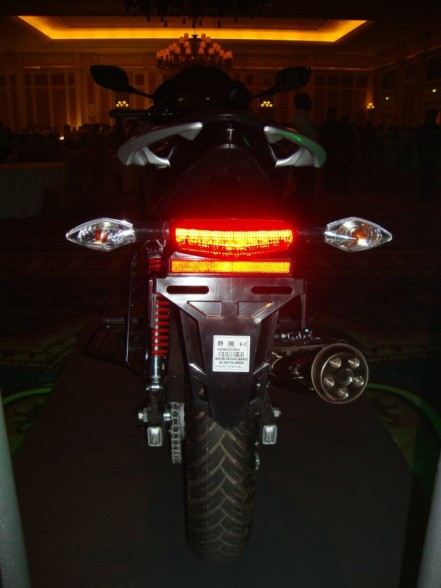 The tail-lamps have also been the source of much debate. Some feel the inspiration from the EBR 1190 DNA has added a factor of style. However, quite a few others find it out of their taste. No matter what the tail-lamps evoke, it is clear that Hero MotoCorp still has lots of homework to do. The tip of the exhaust clearly reveals a rip-off from the older Karizmas ( Have a look at the five rivets!! ). The swingarm is rectangular in cross-section, and mono-shocks are absent.

A good advancement is the incorporation of brawn by including a naked chain case assembly, and what-appears-to-be MRF NyloGrip Zapper C  rubber instead of the Zapper Q on the older Karizmas. The rear tire, could have been meatier, though. 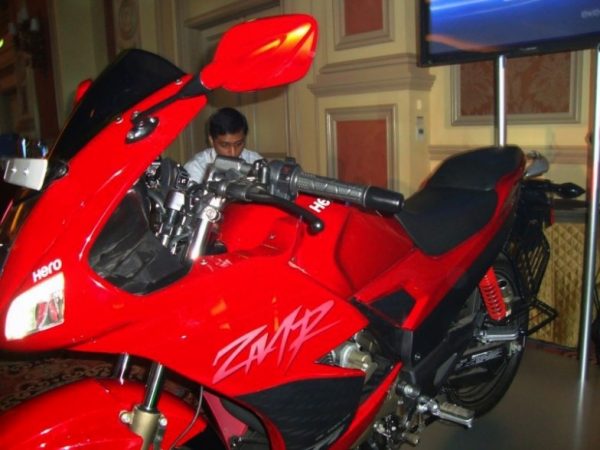 The new Karizma ZMR has scored a moassive brownie point in the form of shedding the earlier disproportionate look that the older ZMR possessed. The rear cowl rises upward in a good manner, and if Hero MotoCorp can sharpen up things a bit and say goodbye to the issue of incoherence, then they have a winner in thier hands!!

However, the new Karizma R isn’t so well-off. It could, or rather should, need a complete overhaul. The way in which the semi-fairing has been slashed off abruptly….well, it is grotesque!! 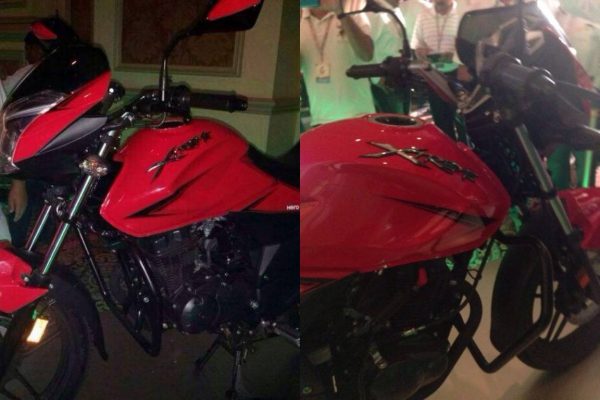 Coming to the new Hero Xtreme, we aren’t so sure what Hero MotoCorp had on its minds. Tank flaps have been shed, and the engine fairing on the underbelly has been bid goodbye to. From the images that we have got our hands on till now, it appears Hero MotoCorp has reverted back to the tail cowl panels of the older Hero CBZ Xtreme that existed quite a few seasons before. It had a tall stance, and tank flaps were absent. The instrument console was assymmetric, and all the readouts were analog.

The one thing that looks snazzy on the new Hero Xtreme is the instrument console. Though some might feel it is a tad too overstated, we are of the opinion that it is way ahead of its time. We had focused on it in detail a few days back; you can have a look at it here.

Hero MotoCorp has stated that it will unveil around fifteen new models in the coming months. These two, along with the new Splendor iSmart and a Splendor HE Deluxe ECO, seem to be the first of the lot. Let’s hope that the upcoming models are much better!!