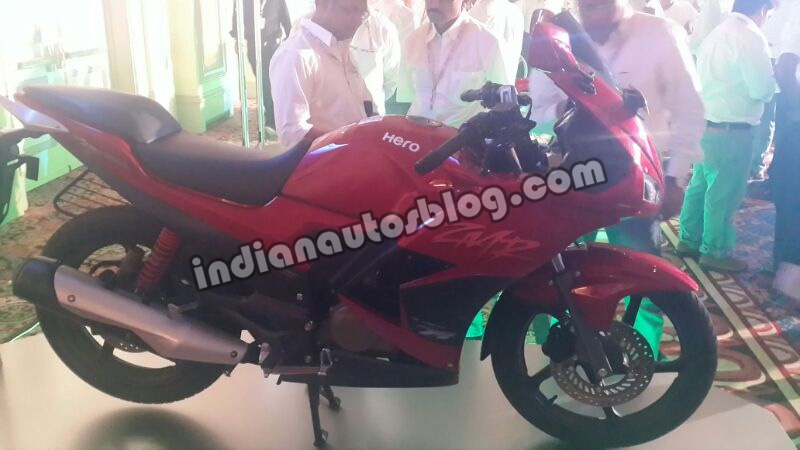 More images of Hero MotoCorp’s new products arrive from Macau!! It is being said that they were holding a global sales-cum-marketing conference at Macau. Many of their updated products were showcased, and we have the images of the Karizma, the Xtreme and the Splendor HE Deluxe ECO. 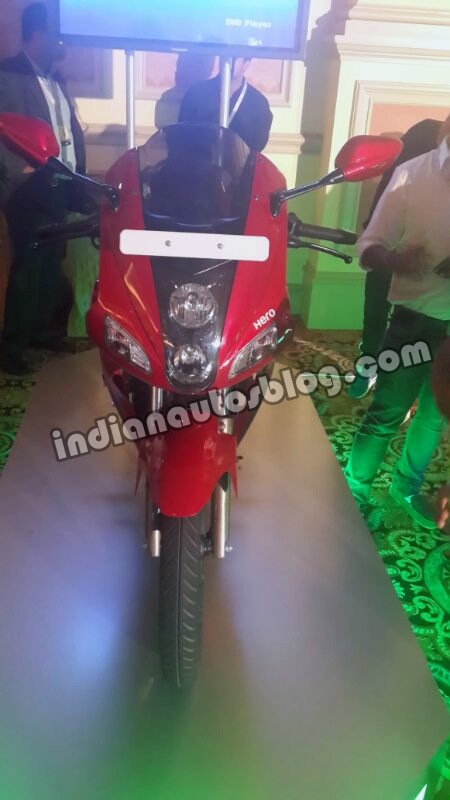 The new Karizma continues its time-tested two-pronged approach. One of the models is a lower-placed “Karizma R” with a semi-fairing. The more-premium “Karizma ZMR” comes with a full-fairing. Other than that, we feel they are exactly similar nut-to-nut.

However, the less we talk about its design theme, the better. It appears as if the designers picked up cues from every other bike and engaged in a mash-up. Earlier, we had the frontal as well as the rear shots and the view of the left side of the bike. Here is the view of the right side of the bike. We feel the exhaust invokes a reminder, but we just aren’t sure what it points to!! Could it be the Inazuma?? 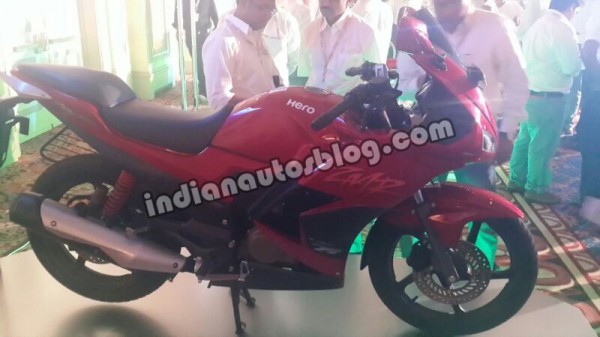 There is no final word on the powerplant of the new Karizma. Speculation suggests it could have some EBR inputs, though. Keep tuned as we try to unearth the details.

Also present at the conference was the updated Hero Xtreme. The tank flaps have been shed, and the overdone graphics from the earlier edition seem to have disappeared. The headlamp dome too has gone for a tweak, and appears more menacing. One of the most striking changes has been the introduction of protruding turn-indicators instead of the integrated ones. 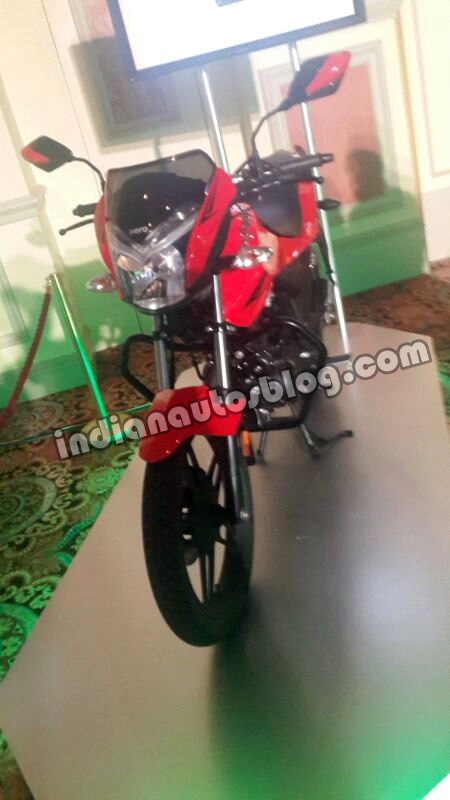 Do you feel it is eye-catchy??

We also have the images of the new Hero Splendor HE Deluxe ECO. It carries over a change in the form of newer graphics on its body. As with the models in the lower rungs of Hero MotoCorp’s portfolio, the graphics are gaudy. 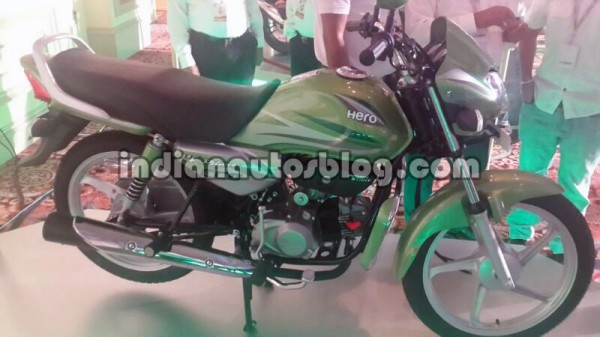 Earlier, Hero MotoCorp had claimed that they are planning to launch around 10-15 new models in the upcoming months. Recently, they just breached the 50 million mark for the total number of bikes ever made by them. They plan to enter more markets and cross the 100 million mark for total bikes by 2020.

They plan to introduce some segment-first features such as the engine start/stop system for better fuel efficiency, an electronic immobilizer for enhanced security and integrated braking system or IBS. Hero MotoCorp will also set up its production facilities in Rajasthan and Gujarat, and plans to invest INR 2,500 crore towards R&D and production capacity increments.