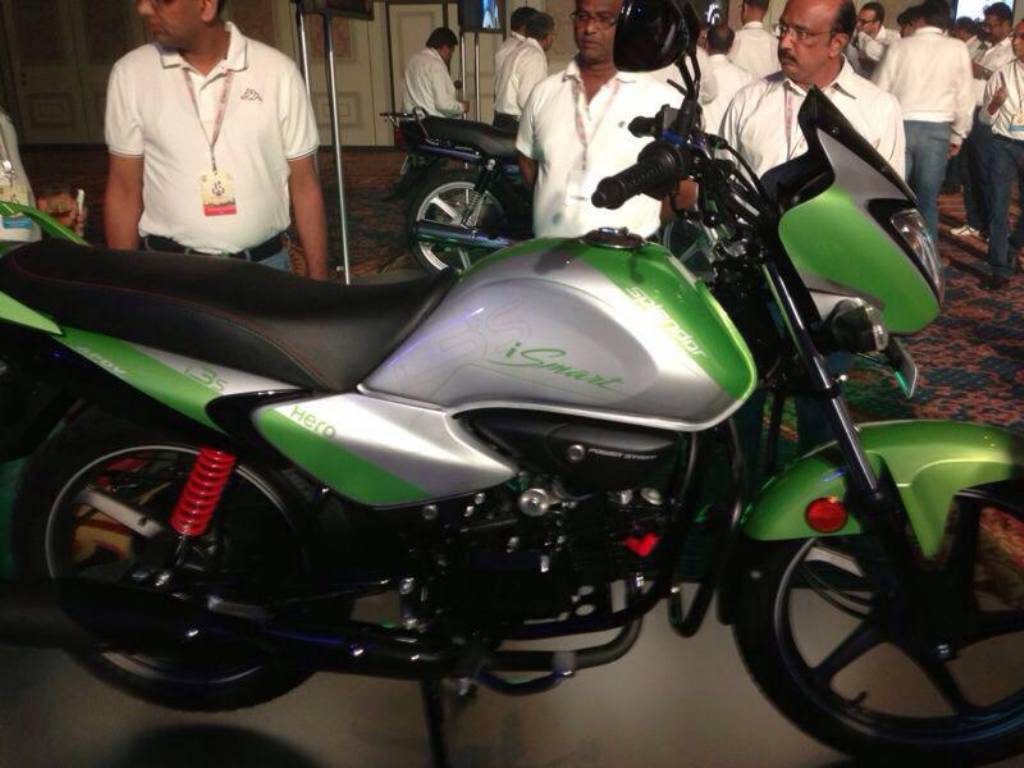 Here is a lowdown including pictures and details of another product from the Hero MotoCorp stables. This product has been the mainstay of their inventory for decades!! 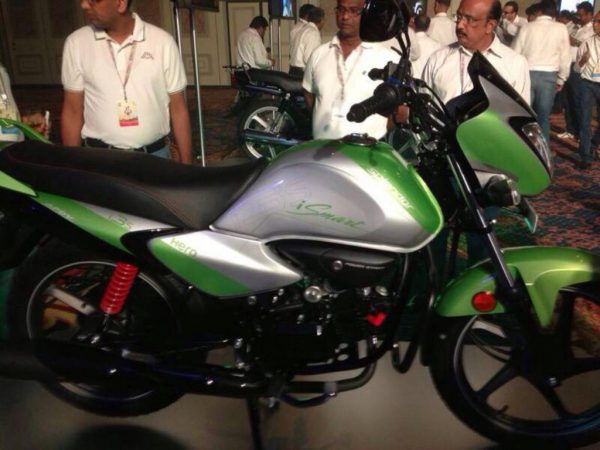 Yes, many of you would have guessed the Splendor!! Hero MotoCorp has now come up with first indigenous product ever since their split from erstwhile partner Honda.

The Splendor iSmart would probably also include the Integrated-Braking System (IBS) that will lead to improvements in safety as well as a decrease in stopping distances. The IBS will ensure that both the front and rear brake levers are bogged down when the rider depresses any one lever. Together, they ensure that the bike stays predictable during braking, which couldn’t have happened on an Unlinked Braking System. 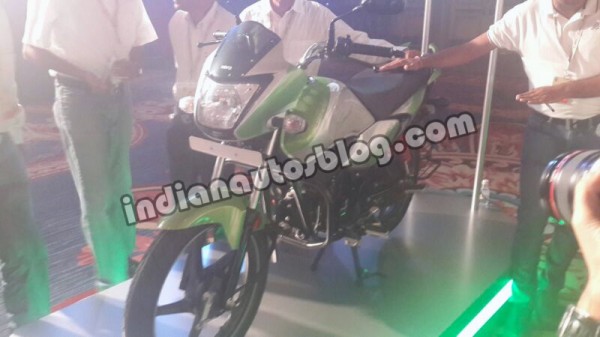 That the new Splendor iSmart will include the IBS is shown clearly in the pictures. There are two decals claiming it; one on the tank and the other on the side panel. Hero MotoCorp’s proprietary APDV tech is also present, as can be noticed from the sticker on the tail panel.

However, this is where the list of Feel Good Factors ends. Hero MotoCorp persists with its blunders in the styling department. Though an attempt from scratch, the Splendor iSmart appears as if it has been hastily assembled. The Splendor iSmart carries the same powerplant that pushed the older Splendor forward. It is, however, being said that Hero is working on a range of new engines and one of them could be used to power this Splendor iSmart in the future.

The front bikini fairing along with the new headlamp reminds us of an older Hero MotoCorp bike. The only difference is the incorporation of black, plastic highlights around the headlamp, a la Pulsar. The color combination isn’t anything to write home about. Few years back, Hero MotoCorp was offering a shade on the then CBZ Xtreme, which was almost comparable to the pigment mostly found on the statues of an Indian Simian God. We just hope that shade doesn’t find its way to this model!!

What is really appalling is the paint job as well as the color choice and the paint quality! We will still give Hero a benefit of doubt considering that pics are deceiving us. We hope what we see in front of our eyes, is something acceptable!