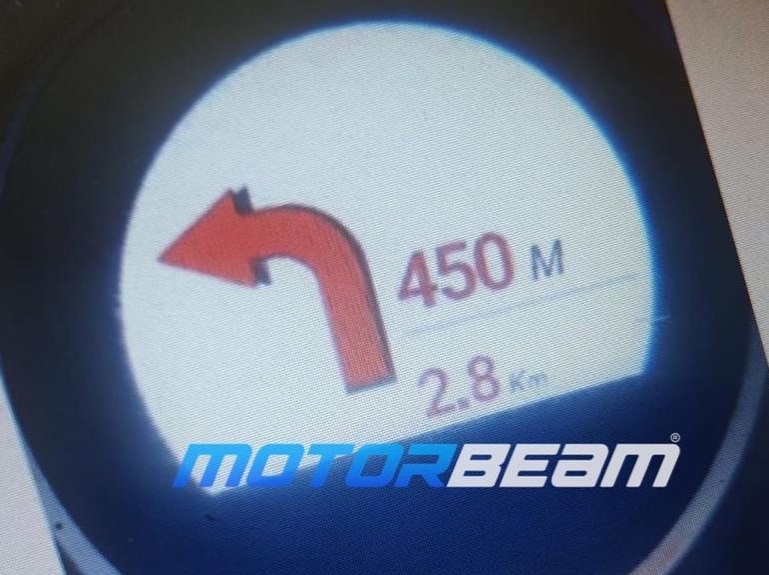 It is now a known fact that Royal Enfield has been working on an all new platform which would spawn multiple motorcycles. The first bike to be launched on this 350 platform will be ‘Meteor 350.’ We have already been seen many spy-shots of the upcoming motorcycle, which reveal its cruiser-like looks (see them here).

And now, a latest set of spy pics give us a closer look at the instrument cluster of the bike. From the pics, we can see a twin-pod set-up, out of which one is a smaller all-digital unit, and the other one is a larger, part-digital, part-analog unit.

While the larger unit of the cluster houses a speedometer, tachometer, fuel level indicator, and similar information, the smaller digital unit is the one that grabbed our attention.

As mentioned above, the smaller unit is an all-digital display and looks like it is going to come with ‘smart’ features. We can see from the spy shots that it has the turn-by-turn navigation capability, which is fast becoming a common feature in today’s motorcycles.

However, it looks too small for our liking. But we will reserve our comments on that until we see the bike in flesh.

Meteor 350 has been delayed and now it is expected to be launched by next month. It is being touted as a successor of the popular Thunderbird.