It was BikeAdvice which first shared the spy-pics of Mahindra’s upcoming 110 cc scooter codenamed as “G101” back in May 2013. And now after almost half a year spyshots are coming in thick and fast. 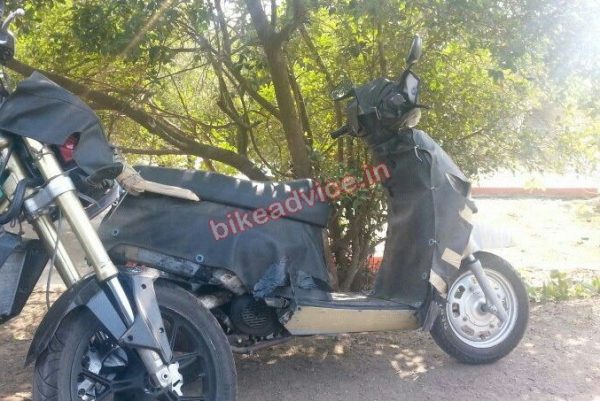 To add to the tally, we bring some exclusive spyshots of the same scooter, yet again this time in a more ‘complete’ form though hidden. It was spotted by our friend Rishabh Shukla in Pune alongside the redesigned Mahindra Mojo test mule which we have talked about here.

The “G101” is Mahindra’s attempt to dethrone, or atleast shake up, the Honda Activa from its numero uno position in scooters. The latest spotting doesn’t really reveal anything new. The test scooter is covered in camouflage fabric, and is equipped with telescopic front forks. The handlebars are high-set, and the rear grab rail is the one similar to those used on the Rodeo.

The scooter has a detached rear tail lamp cluster which is fastened to the grab rail. 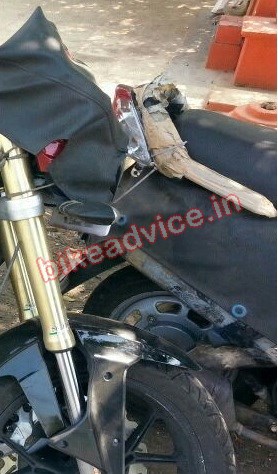 When it was first spied, it carried some mismatched parts and was painted in an eerie black-purple combination. It even had an old-fashioned rear grab handle that seemed to be focused on cost-effectiveness rather than form. A couple of other spottings of the scooter followed, and it seemed to be wrapped up in camouflage instead of carrying mismatched parts.

That the scooter is in the works is confirmed and it has been spied on test with a female test rider as well. This does suggest that the scooter may be predominantly targeted towards females. G101 scooter carried a more modern rear grab rail as compared to the older ones in the earlier spyshots. Infact, the rear grab rail looked similar to that on the Mahindra Rodeo. Another noticeable fact was that the scooter carried high-mounted handlebars which appears to be lending a more comfortable riding posture. 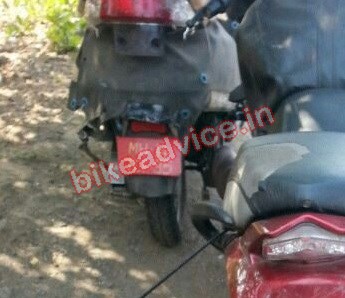 It has been rumoured that this new sccoter from Mahindra wil carry all the nifty electronic bells-and-whistles that Mahindra generally offers on its products like the Rodeo and Centuro. Going by the rave response to the Centuro, we feel this would be a good move. Reports have also pointed out that this scooter could be headed towards Mahindra’s stall at the Auto Expo next month. There, it would share space with the Mysterious Mojo.

With correct pricing and interesting feature set, do you think this scooter could pose a challenge to the Activa and the Hero Maestro?