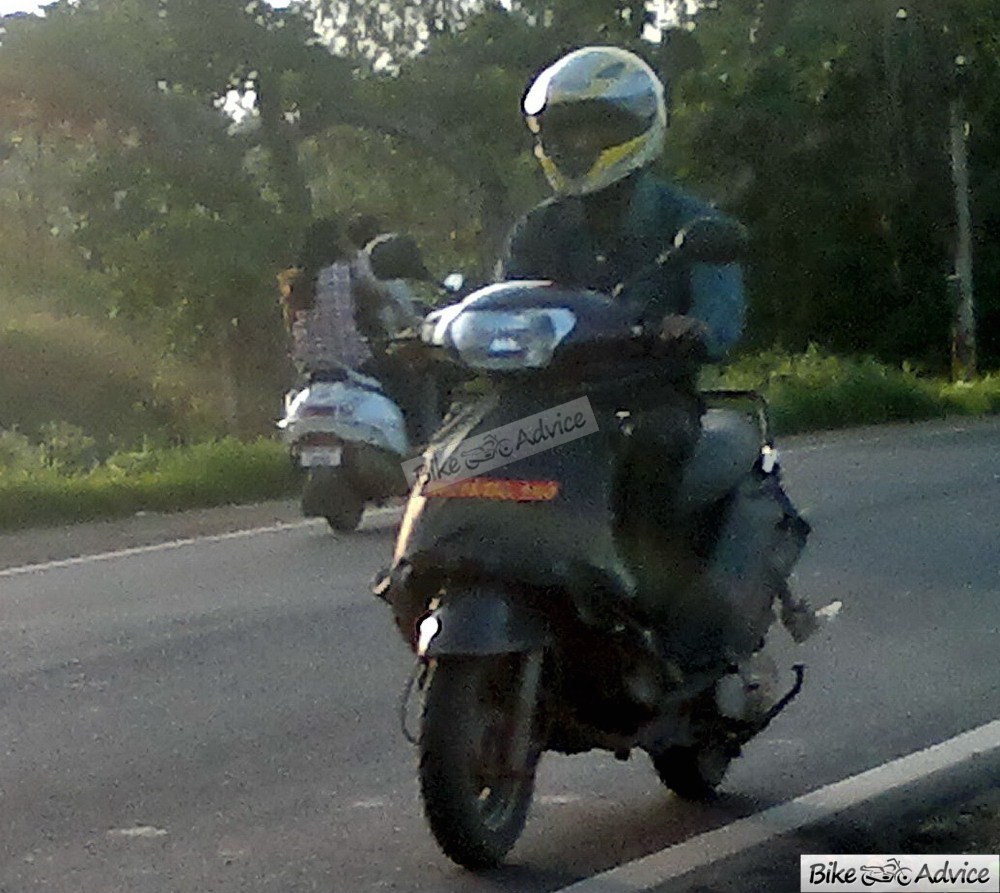 BikeAdvice readers were first to know about Mahindra’s new smaller scooter as we busted the story on 31st May through a set of spyshots. Now, we bring for you another exclusive set of pictures of this Mahindra’s test scooter which is beginning to take shape.

When it first appeared on the scene, the scooter seemed to carry mismatched parts. The camouflage was an eerie combination of black and purple which was to deceive the spies. Infact, the scooter, which was caught on the outskirts of Pune, didn’t carry any rear mudguardand carried mismatched parts from the bin. You can have a complete look at our earlier spotting here.

The scooter is back in our crosshairs again. This time too it carries mismatched parts and a lot of covering. Have a closer look and you will realize that the rear resembles the Mahindra Rodeo but the front, although hidden, appears to carry Duro’s parts specially the headlight. There is a rear mudguard this time, and the rear grab rail looks utilitarian and possibly metal.

The scooter is wrapped up in a black fabric. Pay a little more attention, and you will also notice that the end can is oval-shaped unlike the round ones on the existing crop of Mahindra scooters. 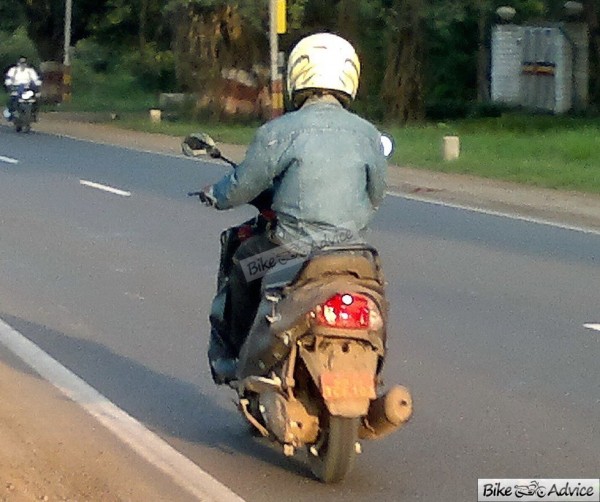 In another post, we had also revealed more details about this upcoming scooter. We know that this scooter (codenamed as 301) will not carry the usual 125 cc mill that Mahindra uses on all its three scooter models. This scooter will, instead, carry a smaller engine, most probably around the 110cc displacement. We were not sure if Mahindra will derive this engine from the current 106.7cc mill that powers the Centuro and Pantero motorcycles.

Scooters have been an important factor in India’s two wheeler landscape. Scooters propelled Honda almost to the pinnacle, and Bajaj has been done in by the lack of scooters in its portfolio. In fact, scooters have been Mahindra’s mainstay till now. We are not really sure when will this scooter hit the showrooms, but looking at the pace at which things are moving, it might be sooner than later!

With Centuro already receiving acclaims, we really expect Mahindra’s upcoming products to be technically rich, including this scooter.

So, will you consider this Mahindra’s 110cc scooter over Activa?