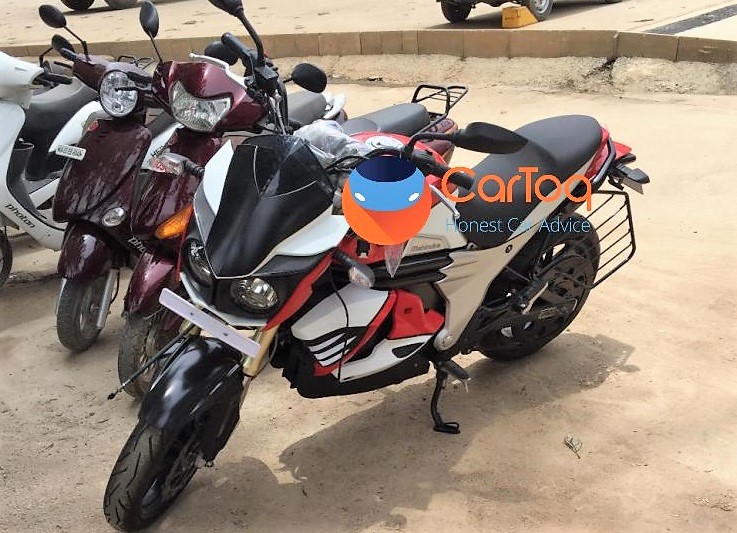 Is the GenZe maker preparing Mojo Electric for a market launch…?

Mahindra Mojo is one really capable motorcycle and it has impressed us on most counts. However, sales have not really been encouraging – in fact motorcycles like UM’s Renegades are consistently outselling it in monthly sales (here are some numbers). This is a dampener for Mahindra two wheelers, for sure!

However, the company is still not giving up. In a surprise development, a Mojo electric test mule has been snapped by a Cartoq reader near the Bosch factory in Bangalore. The motorcycle carries over the dual colour theme of the existing model but misses out on the gear shifter and exhaust.

The chain drive has also given way to a belt drive system on this mule and the engine bay is covered with additional covering. In the picture are some more electric vehicles from other manufacturers like Hero.

Apart from this, nothing else is known and as far as we understand, nor has the company talked about such a move till now. But Mahindra already produces electric vehicles – and they sell e-two-wheelers under the GenZe brand name but not in India.

Mahindra’s plans with this Mojo Electric are unclear at the moment but looking at the prospects they may eventually be preparing one for our country as well. At this year’s Auto Expo, UM officially unveiled Thor which is the first geared e-cruiser in the world.