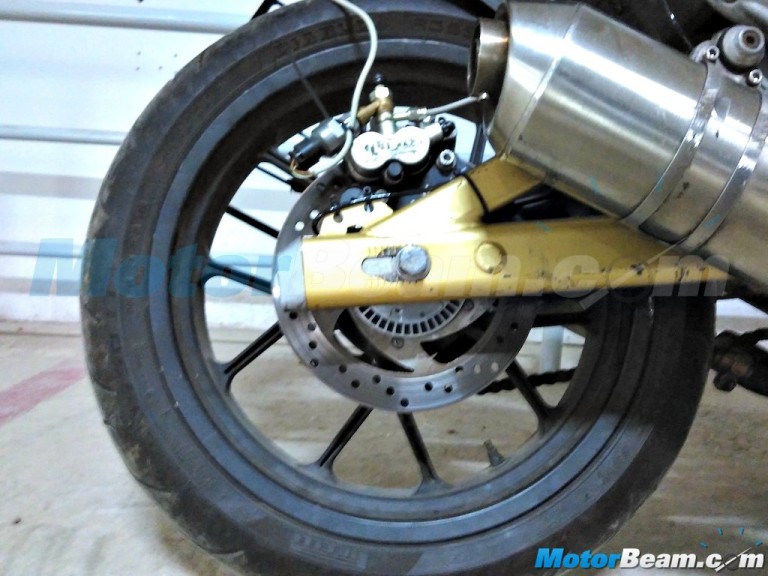 Mahindra Mojo took 5 years to get on the streets but within 15 minutes of the riding the bike I knew one thing for sure that there is something amiss in its braking. While the bike managed to put a smile on my face, the brakes were neither progressive nor impressive (ohh it rhymes.. 😛 ).

That’s when I realised that Mahindra needs to get this rectified. At its media ride a lot of the journos including us posted our query to a few officials who assured us that they will look ‘into the matter‘. They also officially confirmed that Mojo ABS is already being tested and will be launched in sometime. And to put a final stamp, here are the first spy shots of the motorcycle published at MotorBeam.

Reportedly sourced from Continental, Mojo is expected to get a dual channel ABS, and we hope it will also get improved overall braking. Nothing else appears to have changed in terms of looks and it will continue with the same 295 cc liquid cooled, mono cylinder fuel injected DOHC mill producing 26.8 bhp of maximum power at 8,000 rpm and 30 Nm of peak torque at 5,500 rpm.

ABS on the Mojo is reported to be a switchable unit which can be turned off when you intend to have some ‘fun on wheels’. Along with making it future ready (as the government is planning to make ABS compulsory on motorcycles), this new feature will also almost complete the very well-rounded package Mahindra is offering. 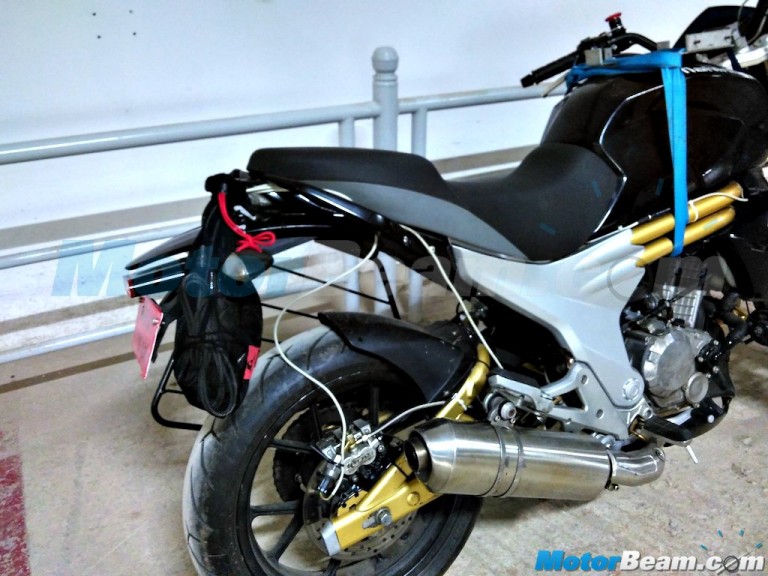 Mojo already comes with premium features like Pirelli Diablo Rosso2 tyres and upside down front forks. After its testing regime, Mahindra is expected to showcase or launch the Mojo ABS at the Auto Expo 2016 in February at an expected price increment of about Rs 15,000-20,000.