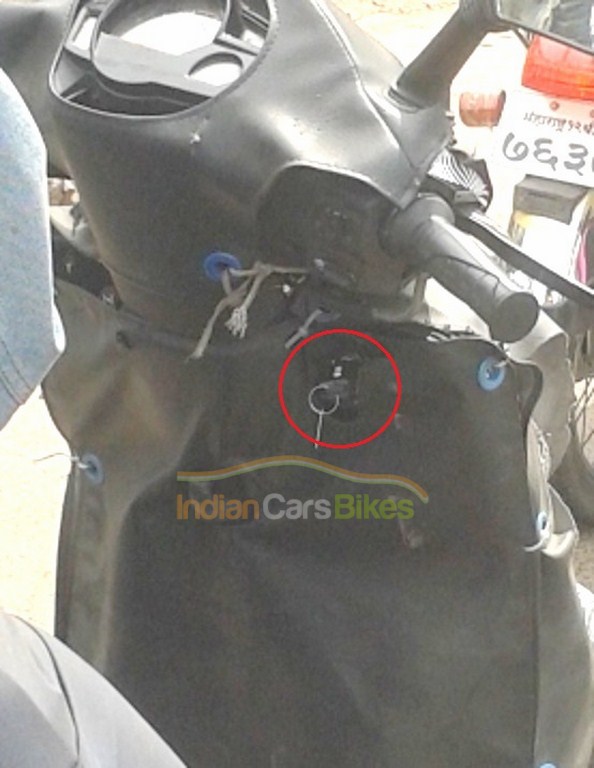 Mahindra G101, answer to the mighty Activa has been clicked again in camouflaged while standing at what seems to be a traffic intersection by a reader of Indiancarsbikes.in. The scooter has been so heavily camouflaged that even the handle has been covered up.

The instrumentation cluster though is visible to an extent and has some circular paneling which reminds us of the 90s! This archaic design philosophy of the instrumentation panel does not really go hand in hand with the hungry gill shaped air dams at the front which we have seen in earlier spyshots.

The scooter also appears to have adopted the remote smart key from the Centuro, which is basically a 128 bit encrypted flip key, enhancing the security of the scooter by making it extremely difficult to be copied. And hence, we also expect engine immobilizer to percolate through to this new scooter as well. A proper anti-theft system in a scooter of this segment will surely be a wonderful addition. 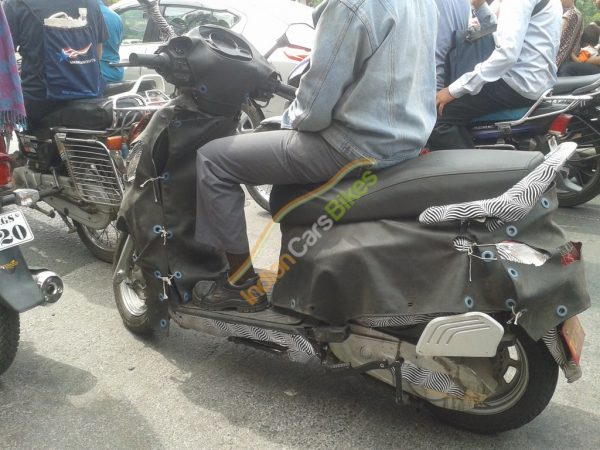 Apart from this, the two vehicles might end up sharing much more. It is highly probable that they will share the engine as well. The 106.7cc mill of the Centuro produces 8.5PS of power and 8.5Nm of torque, while also claiming an economy figure of 85.4kmpl! The G101 with this kind of a power output and amazing mileage (which may be lower than this) might just end up being a killer product! 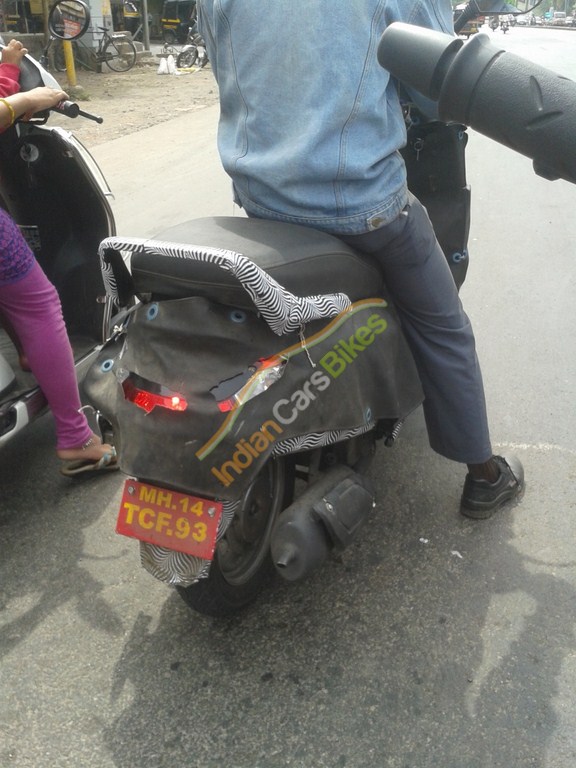 The stylish and sharp rear view mirrors shall compliment the front section. The seat appears to be nice and wide and the front sports telescopic shock-ups. We can expect a lot of nifty features on the G101 just like the Centuro and it appears that Mahindra is taking this product very seriously to make it a prospective 110cc volume churner for them, where they have been absent till now.

Launch is expected sometime this year.

Related: Mojo Caught Allegedly at 150kmph; Launch Should be Soon!