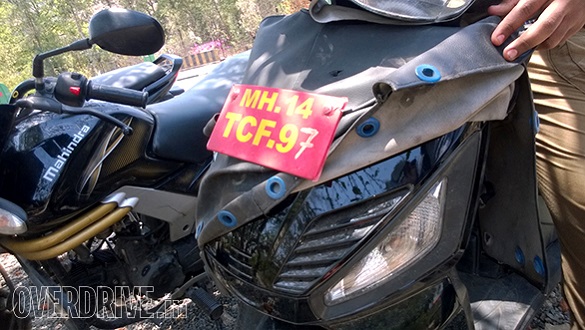 So, Mahindra’s two of the many upcoming products are shedding information bit by bit. Though the Centuro is already on sale and is doing wonderfully well for the company, the lack of disc brakes, even as an option has been a point of debate among a lot of our readers.

During Centuro’s launch, we had asked this question to Mahindra’s top honchos, to which they replied that it will be offered soon. And ‘soon’ is coming sooner we believe going by the spied test mule here which sports petal disc upfront.

Mahindra has already divided Centuro into two variants and has revealed interest in launching a few more and this disc brake loaded variant, it appears, will be the new top of the line. 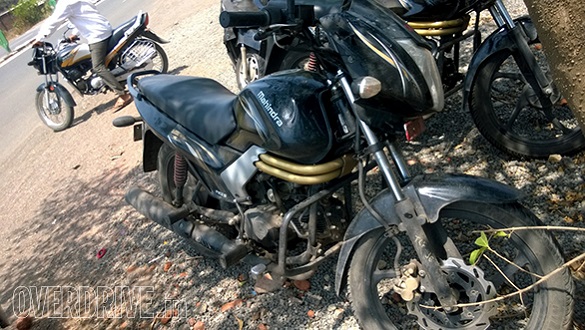 The other interesting pictures you see here belongs to the Mahindra’s G101 scooter which BikeAdvice busted first way back in May last year (here). A lot has changed from that time. The 110cc scooter has got its own skin and body and a face which has air intakes which seem inspired from the handsome Blaze! 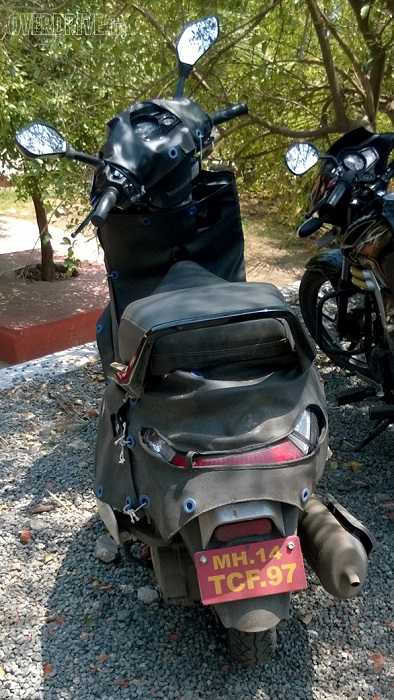 Both these products were spotted somewhere near Lonavala by a reader of Overdrive.in. G101’s design seems to tell us that Mahindra is targeting both male and female customers with one product. It has got a nice broad seat, flat footboard, new instrument cluster and a nice little road presence. In all probability, this G101 will use the same motor from Centuro which churns out 8.5 horses.

Mahindra showcased Centuro with the disc brake variant at the Auto Expo in February and we can expect its launch very soon.

Related: Upcoming 300cc Mojo Spotted in Production Trim; Launch Should be Near