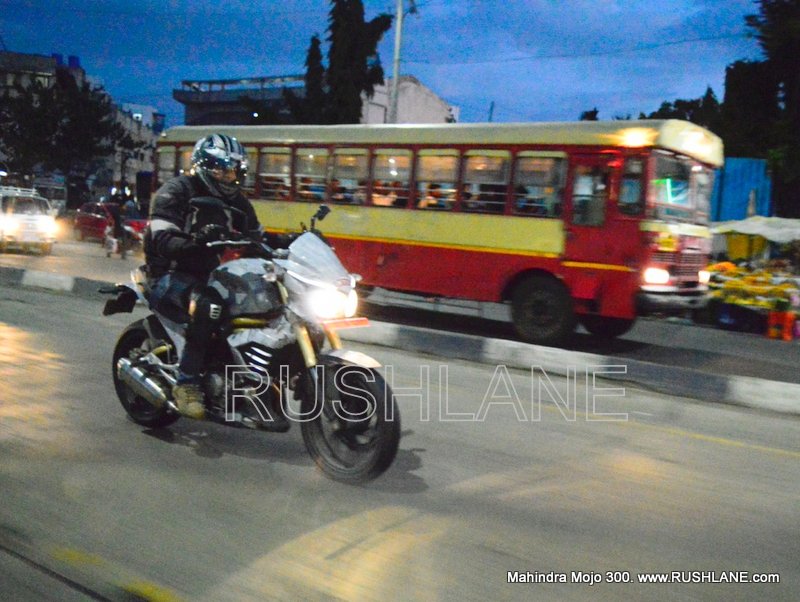 The Mahindra Mojo would have been one of the first (& different) motorcycles in India in the 250-300cc had it been launched as per the original schedule. The bike was showcased for the first time in 2010 amidst all the hoopla and was to be launched in 2011. 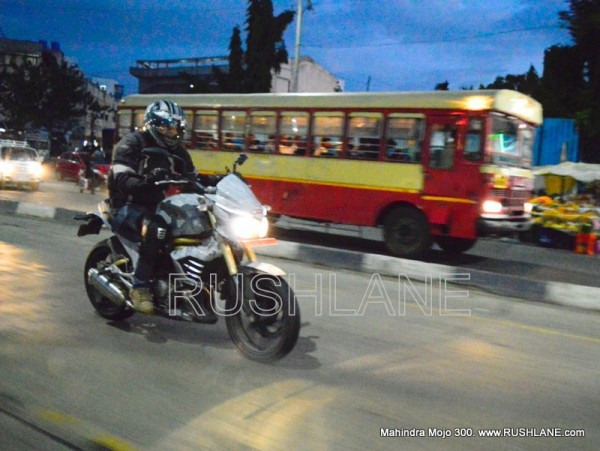 Interestingly, the project did not move an inch and Mahindra kept on delaying it for unknown and untold reasons. Things began to change with the first spotting of the refreshed Mojo which BikeAdvice shared exclusively with you. Mahindra then showcased the new Mojo at the Auto Expo, which brought life back into the project!

Rushlane.com has shared new spy shots of the upcoming motorcycle clicked by one of their reader. What’s interesting is that the reader claims that the bike was easily doing 150kmph! Even if we discount the enthusiasm of catching a bike under test, anything around that figure is also awesome, if we go by the word ‘easily’! 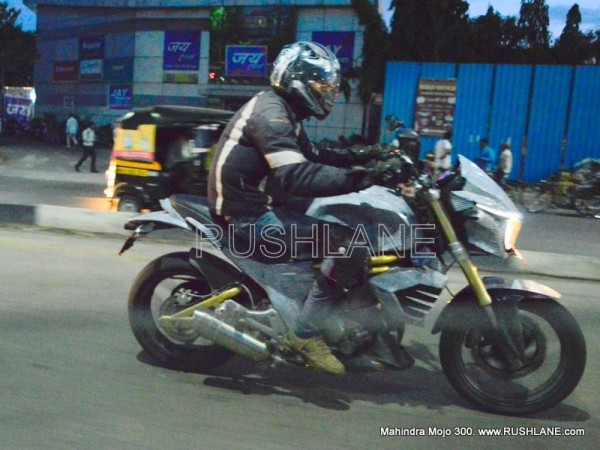 To add to this, we have ourselves snapped a mule which was agile and had an interesting exhaust note. The reader further adds that the bike pulled away when the rider saw him clicking pictures, and the high nimbleness (damn Pirellis!) and quick response to the twists of the throttle were fairly evident.

In its original form back in 2010, the 292cc liquid cooled engine churned out 26.4PS of power and 25Nm of torque and was mated to a six-speed transmission. Mahindra must have done some tinkering with the engine otherwise they would not have kept the bike under development for so long. 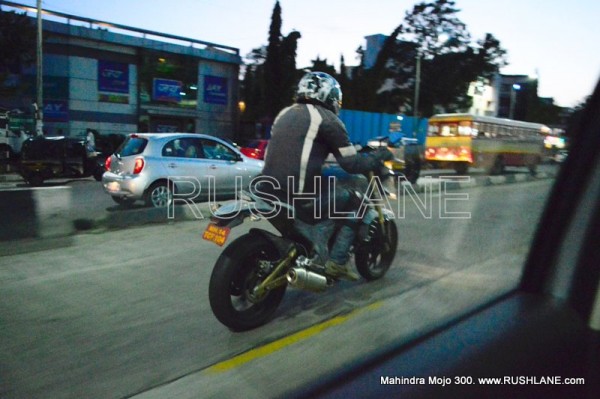 In its redesigned looks, Mojo does have big bike proportions and fantastic road presence going by the spyshots we have seen. With all that kit and an expected aggressive price tag from Mahindra, we do see Mojo as a very interesting addition to the 250-300cc segment.