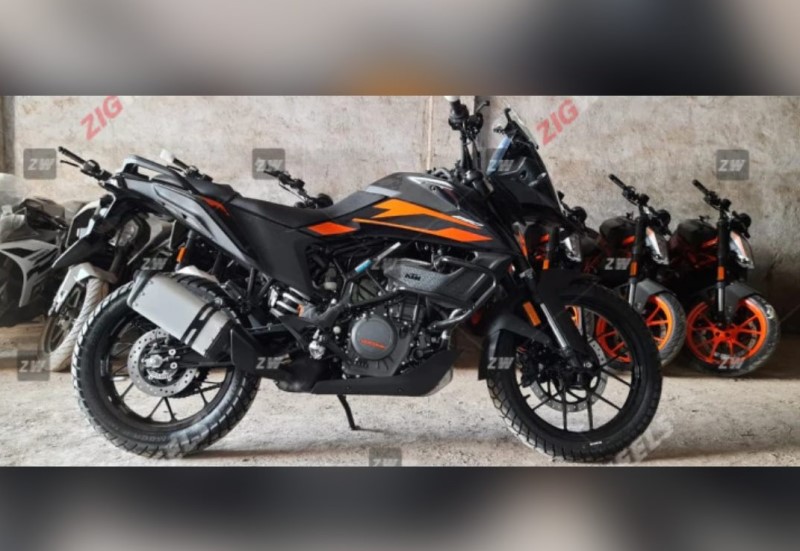 Launch of KTM 250 Adventure is round the corner. It is just a matter of days when we should be hearing from KTM on it officially…

KTM is not resting just at the success of its 390 Adventure that debuted the adventure touring segment for the Austrian brand in India, earlier this year. Like the elder sibling, it looks like KTM will world premiere the 250 Adventure from India.

In a latest development, the quarter liter ADV has been spotted at a dealership, somewhere in Pune. It is the black color that has been snapped, which looks the best livery among all the shades of the 250 and 390 ADVs.

Though it is the lesser sibling of 390 Adventure, it is expected to garner more sales for the company, simply because of its anticipated big price difference with the 390. The 250 Adventure is expected to cost around Rs 2.4 Lakh on the ex-showroom price, significantly undercutting the 43 PS 390 ADV.

It will carry the same 250cc, single cylinder, 30 PS engine of the 250 Duke and Husqvarna 250s but will share a lot of parts with the 390 Adventure. It will, however, miss the LED headlamps, ride by wire tech along with traction control.

It also misses on the TFT display of the 390 which displays a host of information, including turn by turn navigation. But what goes in favor of the smaller ADV is its relatively relaxed engine tune apart from most of the other traits of the elder sibling, obviously at a much lesser price.

Now that the motorcycle is already reaching dealerships, we expect the official launch to take place anytime soon.