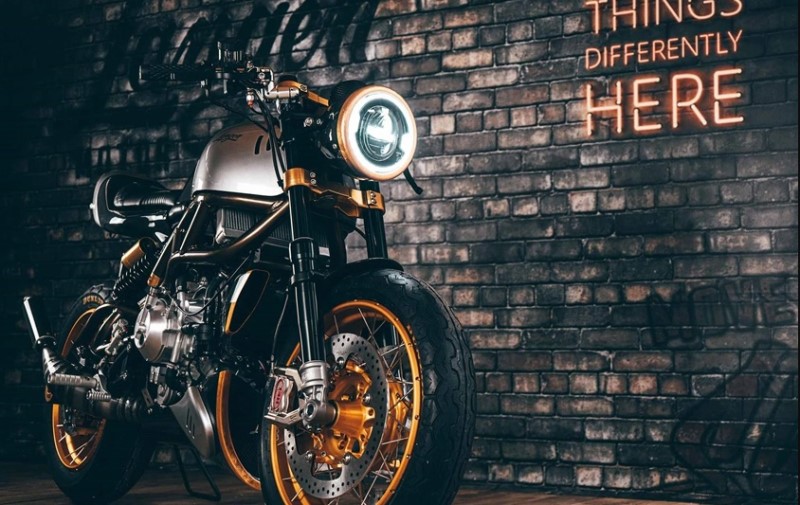 Well… well… well… if you thought the era of 2-stoke motorcycles is over; here is a big bang surprise! Earlier in July we talked about a British start-up company Langen Motorcycles planning to bring ‘TWO STROKE’ – a brand new 2-stroke motorcycle into the market.

In a latest update, the maker has confirmed that the model is going to production. After its details went online, Two Stroke will be unveiled for the first time to the public at the Salon Prive event at Blenheim Palace scheduled just next week.

Langen will produce 100 units of Two Stroke in the first iteration and in fact, bookings have already commenced at a pre-payment of £1,000 (~ 95,000 INR) which is refundable. If this is the booking amount what is the final price, you ask…?

The Two Stroke will be a lifestyle motorcycle and has been priced at £28,000 which is roughly equal to both your kidneys and a few other organs together or about 26.68 Lakh in INR! VAT is extra!!!

All the 100 units that will be sold in the first lot will be uniquely numbered. Langen also has plans to produce 150 additional units in 2022 which may also go to other markets apart from the UK.

As for the motorcycle, the Two Stroke comes with a 249.5cc, v-twin, 2-stroke engine with counter rotating crankshafts. It produces a peak power output of whopping 75 bhp at 11,700 rpm and a max torque of 45 Nm at the same rpm.

Two Stroke weighs just 114 kg which gives it a mind-boggling power to weight ratio of 660 hp per tonne! Langen claims a top speed of 140+ mph which translates to 225 kmph!!!

So, there you have it – a two stroke in this modern cruel world. Buy it (at the website) before it gets sold out!