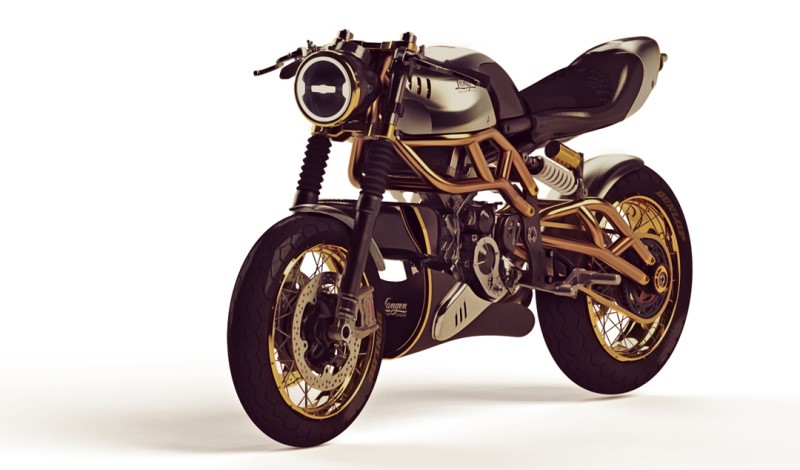 A British start-up named Langen Motorcycles is working on a 250cc 2-stroke motorcycle and what it has on offer looks simply mind-boggling!

After a few months of delay, Kawasaki recently launched its premium mini-Supersport – the ZX-25R, which became the most powerful 250 cc motorcycle in the world (read our launch story here). The bike, with a 250 cc, four-cylinder, four-stroke engine produces whopping 51 PS of peak power.

If you think that this figure is high for a quarter liter, you will be amazed to know about a 250cc motorcycle that is said to produce mind-boggling 76 PS! And it is a two stroker!

If you are among those bikers who simply love the raw grunt of two-stroke motorcycles, you will love to know that a British start-up named Langen Motorcycles is said to be developing a new motorcycle with a 2-stroke engine. The engine is claimed to be 50% more potent than the Kawasaki ZX-25R, and the motorcycle weighs just 112 kg, which will be incredible power-to-weight ratio!

This Langen motor, referred to as ‘The 2 Stroke’, will get a V-twin engine, equipped with modern technologies like fuel-injection and oil-injection, which will make it compliant with the modern emissions norms. The motorcycle will feature a trellis frame made of aluminum tubes. The fuel-tank and the bodywork are made from carbon-fiber, with a 24-carat gold leaf detailing on it.

Braking duties are handled by 320 mm twin discs at the front and a 265 mm disc at the rear. ‘The ‘Two Stroke’ bike will be suspended on twin shock absorbers from Ktech and it will feature a round headlamp with low clip-on handlebars – ala cafe racer style!

You can check its details at the official website.

Though four-stroke engines in today’s modern world are more efficient, these motors cannot match the grunt, the feel, the scream of the two-stroke engines we have ridden – like the RDs, the Jawas, the RXs! Even today, there is a long list of people who simply swear by these motorcycles.