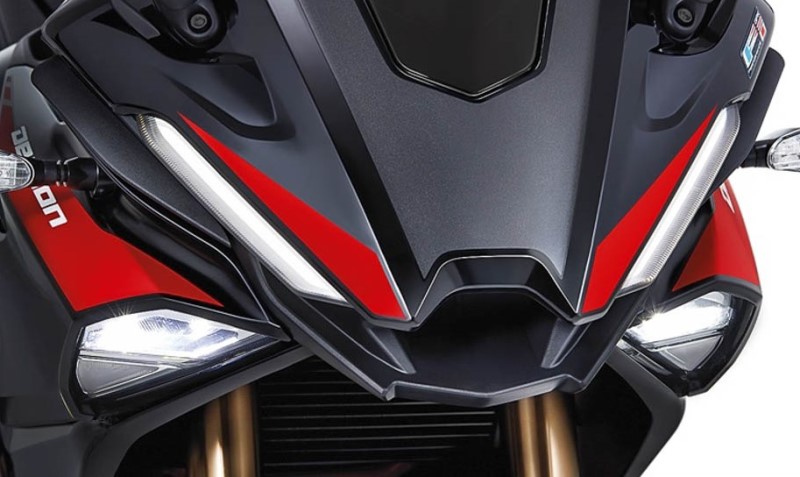 GPX Demon GR200R is a 200cc motorcycle recently launched in Thailand. It looks absolutely fabulous and has got some very interesting features…

We have landed upon something very, very interesting – a motorcycle called as Demon GR200R. Now it is not from any prominent maker we all know. In fact, it comes from a little known motorcycle maker called as GPX.

GPX appears to be a maker from Thailand which started business around 2007 from a small 150 square meters rented factory as an ATV (all terrain vehicle) manufacturer. It started making motorcycles in 2009 and the first model was a motocross.

It gradually expanded operations and according to the company’s website, GPX exports to seven countries including Japan and Malaysia. It has a 310 dealer strong network in the home country of Thailand.

As for its products, it makes a whole lot of them! GPX has motorcycles right from the 125cc all the way till 300cc, with a twin cylinder 250cc engine in between.

As we mentioned earlier, it is in the news because of its latest motorcycle Demon GR200R. The Demon is a scintillating looker with a sneaking resemblance with the gorgeous Yamaha R15 v3. It has those demonic eyelid-type DRLs with headlamps mounted on the fairing, quite wide apart each other. The rest of the bodylines flow in unison ending in a sleek LED tail lamp.

The low-set clip-ons give it a racing posture and the GR200R is powered by 198cc, liquid cooled, fuel injected engine. It is capable of producing 17 Nm of peak torque at 6500 rpm and power numbers are not revealed. On duty is a 6-speed gearbox and the motorcycle is mounted on a Trellis frame.

The Demon has a full digital instrument console and other features incclude petal discs and golden colored 42 mm Upside down front forks. The motorcycle is offered in three colors of red, black and grey.

Featurette: BMW R7 – Miracle Motorcycle Which Was Kept in a Box for 70 Years…

While we know very little about the motorcycle or the company but at least on the design and feature front, the Demon has left us extremely impressed! What about you…?