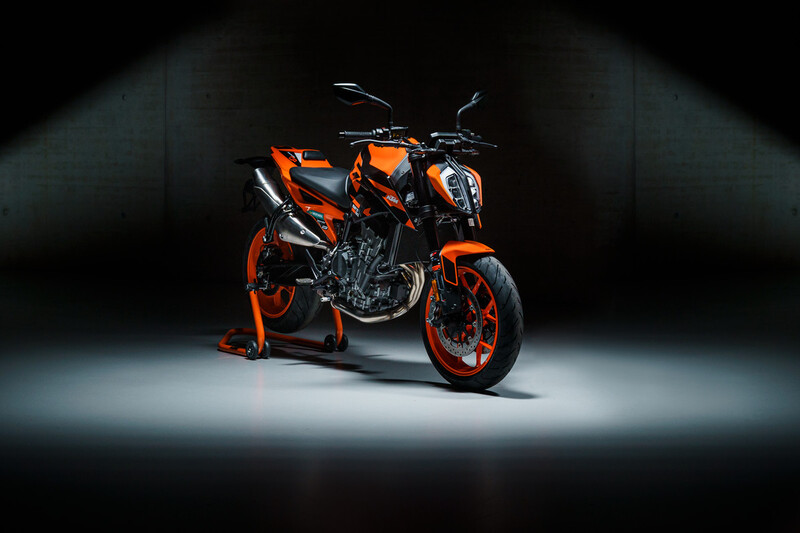 As part of their celebrations, they unveiled the 2022 version of their middleweight naked contender – 890 Duke R – with a new ‘Atlantic Blue’ colour which is inspired from their MotoGP factory colours.

So to end their month-long celebration, KTM unveiled the – 890 Duke GP – which is based on the base 890 Duke and sports the actual KTM Factory MotoGP livery. The Orange paint scheme with Black accents and ‘KTM’ written in Black, following the lines of the bike, is very similar to the livery which symbolises KTM on the MotoGP paddock and track.

Other than the visual changes, the 890 Duke GP is tuned to make 6 HP and 7 Nm of torque less than the aggressive sibling – updated 890 Duke R.

Just like its bigger sibling, the 2022 KTM 890 Duke GP will start reaching the showroom floors starting in March 2022 and will only be available in the international market.

There is no information if any variant of the ‘Super Scalpel’ will make it to our shores anytime soon.