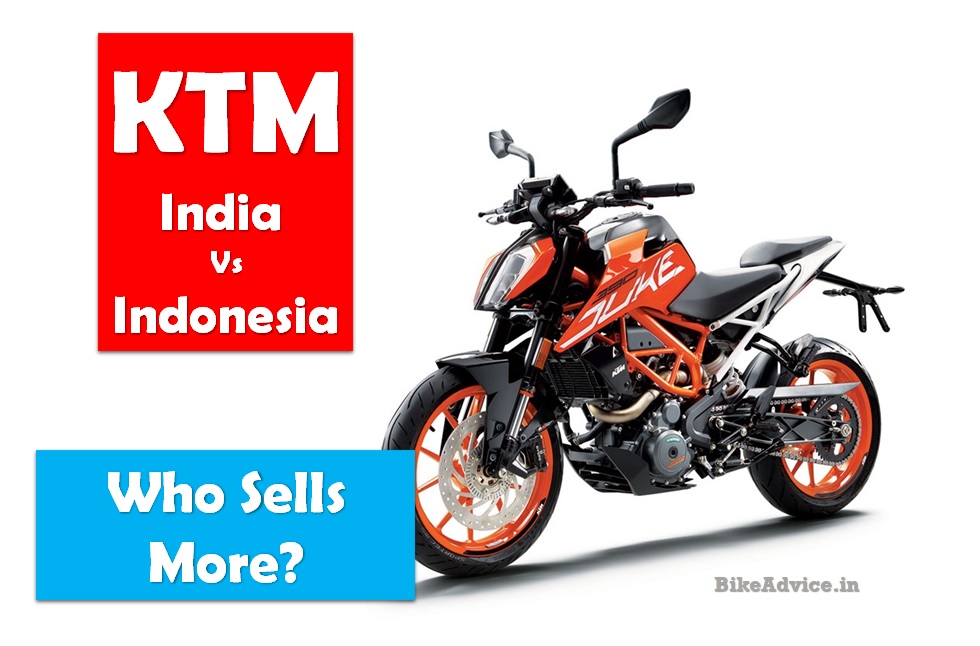 We have often seen manufacturers preferring the Indonesian market over India in launching mid-capacity sports bikes. Many of these bikes do not make it to our market at all or if they do, it happens much later. Quite clearly sales is the primary reason however, how local production can change all of that and KTM is the best example we have.

Let me give you the comparison of sales data of KTM motorcycles in India against Indonesia and how things are skewed towards one market. Sales data for Indonesia is sourced from TMC Blog whereas Indian numbers are sourced from SIAM sales figures.

Now, take a look at this graph – sales numbers of KTM motorcycles sold in Indonesia from January to October 2017 ie for 10 months! 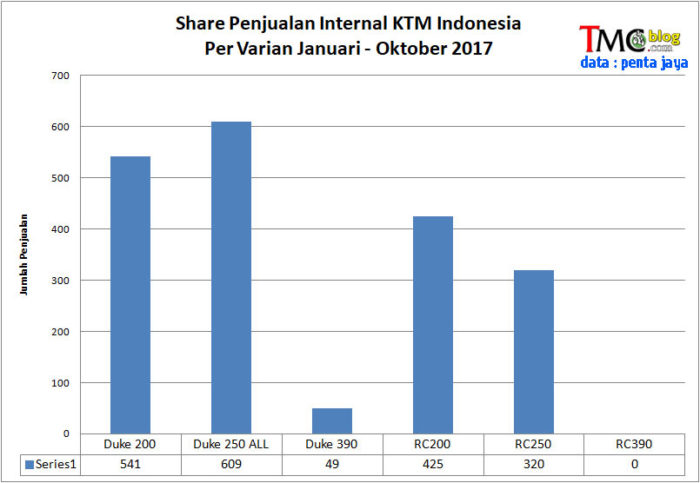 Here is the sales table of KTM motorcycles for the single month of November 2017.

It must be known that KTM has a very small presence in Indonesia, of about 16 dealers at the moment, which is paltry when compared to nearly 500 KTM showrooms in India. And since the KTM motorcycles are made in India, we directly get the price advantage and all KTMs are the least priced in India.

This should also serve as a reckoner that if manufacturers make in India they will be rewarded!