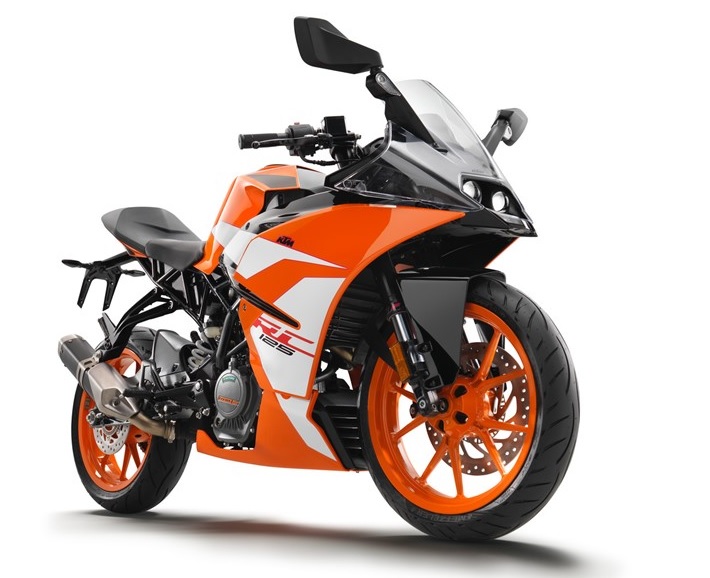 In its very first month of November, Duke 125 registered sales of over 450 units. How will things pan out from here is pure speculation at this point of time but the initial excitement for the product seems to be pretty high.

The point is that Duke 125 has lowered the entry point into the KTM fold, by as much as, Rs 42,000, which is the difference between both the smallest KTM motorcycles on offer in India (ABS variants compared since Duke 200 non-ABS will be discontinued shortly).

This also brings in another point to ponder over – has KTM left such a big gap in between to keep an elbow room for the faired sibling – RC 125, which could be slotted bang in the middle (at around Rs 1.30 Lakh) to enhance the variety of offerings from the stable.

Remember, like Duke 125, the RC 125 is also made in India but is limited to exports only, for now. So, bringing it here will just be a matter of changing doors, and the inclusion of a Saree Guard!

Someone asked us – why did KTM choose Duke 125 over RC125? The answer is very simple – KTM has always prioritised the streetfighter over the committed RC range because they believe that Duke has a wider usage (it can be more natural in a wider variety of terrains) and hence finds a bigger acceptance. And they are absolutely correct in their understanding. So quite obviously, Duke 125 was the first choice.

One of our reader commented – “KTM should have launched the RC 125 instead since it would have competed with the R15“. But reader – how about having both? So, with the RC also in the arsenal, KTM can offer something ‘faired’ which we Indians love so dearly. It could be an alternate against the R15 v3 which is on fire in terms of sales. And with similar price points if they can snatch a pie from R15’s 6000-10,000 monthly sales it could become one massive success!

So, let us see if KTM does thing on these lines. For now, they were caught testing this motorcycle in Pune…