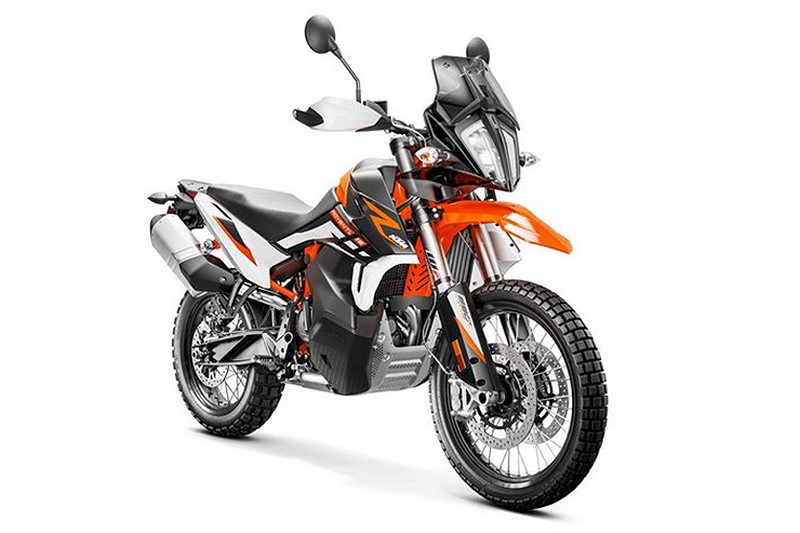 The new KTM 890 Adventure is an upgrade to the existing 790 Adventure, and is now a better, more powerful package, overall!

It was only a couple of years ago that KTM had launched the parallel-twin 790 Adventure, but it looks like the Austrians do not want to rest! It has already revealed the updated version of the bike for 2021.

The latest iteration of the ADV will get significant changes, as it now comes with a bigger 890cc engine. The motorcycle now produces a higher power output of 105 hp at 8,000 rpm, up from 95 hp produced with the existing 799 cc motor. Speaking of torque, the bigger engine churns a peak torque of 100.3 Nm at 6,500 rpm, against 88.12 Nm produced by the predecessor. These figures are good enough to compete with BMW’s F850GS adventure bike, which makes 95 hp and 92.19 Nm.

The motorcycle will be available in two iterations, namely – 890 Adventure R and 890 Adventure R Rally. Both of them will be compliant with the Euro-5 emission norms that are kicking in early 2021.

According to the company, the 890s will get improved torque delivery and rideability at low revs, as it will come with a 10% increase in rotating, with a heavier crankshaft. To accommodate the same, the 890 twins will get an updated gearbox and a tougher clutch.

In terms of design, the bikes, more or less, remain the same as their predecessor, with only slight changes in terms of an aluminum steering stem instead of a steel one, which will reduce the weight.

If we talk about the features they have on offer, the Adventure R version gets an optional quick-shifter, while the Rally version gets the feature as standard. That apart, both the ADVs get improved ABS and traction control.

The Rally version also gets an Akrapovic exhaust system, that is 35% lighter than the standard version. Not only that, the motorcycle also gets different graphics, carbon tank protectors, and clear wind deflectors on the nose.

We Are Accelerating Development of New 500cc Motorcycles: KTM

The Adventure R version of the bike will be available with dealerships starting November, but the Rally version can be directly ordered from the KTM’s official website. KTM has also informed that it will produce only 700 units of the Rally version, out of which 200 will be reserved for the US market.

The Rally model’s remaining 500 models will be sold across the world, and we see that the motorcycle is selling like hot-cakes, as more than 100 units have already been booked within minutes of its reveal.