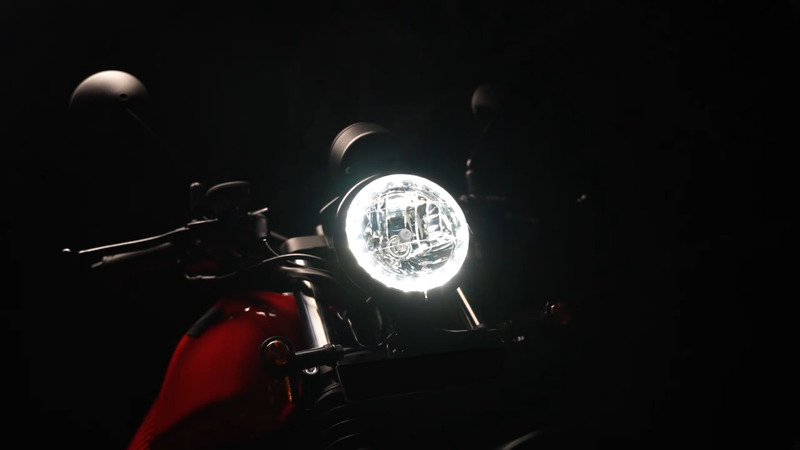 So, yesterday Keeway India took to their social media handles and teased the front of their next motorcycle primed to be launched very soon.

Check out their official Indian Instagram and you will find the latest post to be a small teaser of their next motorcycle in the lineup. From the teaser we can extrapolate that the aesthetic of the new bike could be old-school with a Large round headlight (LED), Right-side Up conventional shocks, Single round instrumentation pod and High-mounted handlebars seen on the teaser video.

This retro look is also supported by the caption Keeway have put in the teaser video – ‘Get Ready to be Simplified’ – which clearly suggests that the old-school vibe of the new bike will be very evident.

However, unlike last time when the launch of Keeway V302C was mysterious till the launch, this time the upcoming bike from the Hungarian-Chinese brand has probably leaked in its full glory.

Thanks to two online portals, we have in our hands multiple images of the next bike – Keeway SR125 – captured parked in one of the dealerships already. And Yes! It is sporting the full-on old-school vibe.

If this spied SR125 is indeed the bike Keeway is planning to launch very soon, it is a surprise offering from the Hungarian brand. Up until now, they have launched motorcycles & scooters boasting around 300 cc displacement numbers and/or V-twin engine configurations boasting near about 30 HP. However, if the leaked specs are to be believed, the new bike will be sporting some humbling numbers.

According to the leaked data, the new Keeway SR125 will be powered by a 125 cc, single-cylinder engine which will produce a modest 10 HP and around 9 Nm of torque. This engine will be putting out these numbers through a 5-speed transmission connected to a conventional clutch system.

In looks and design, retro lovers will be delighted to see small & compact dimensions coupled with the looks of the old-school scramblers, which were created by converting road-going bikes into off-road bikes by adding certain parts.

The upcoming SR125 will be sporting knobby tyres, a flat single-unit seat, fork gaiters covering the conventional telescopic front forks, spoked rims, and single wrapped-around grab-rails at the rear, all adding to the old scrambler aesthetics of the bike.

The upcoming Keeway SR125 will be the company’s 7th offering in our country. Since May of 2022, Keeway have introduced the K-Light 250V cruiser, Vieste 300 & Sixties 300i scooters, V302C V-twin roadster-cruiser, K300R faired sportbike & K300N naked bikes. Quite an aggressive approach to entering a new country.

Let’s wait and watch how the new SR125 is positioned by the company in our country. and more importantly, how the Indian customer responds to the new old-school scrambler on its arrival…