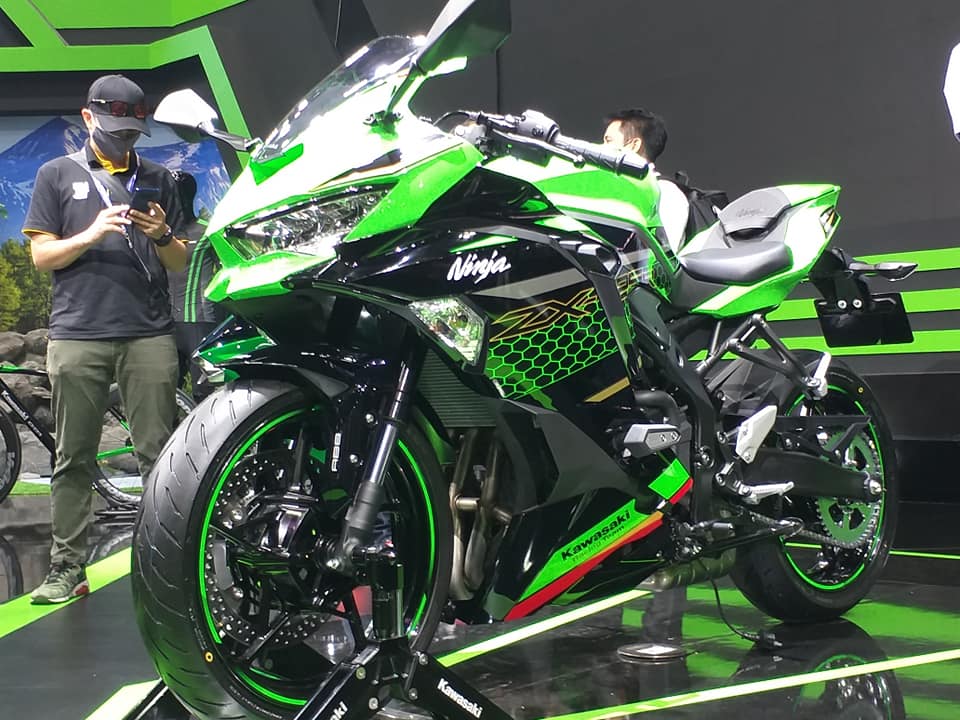 Kawasaki ZX25R Thailand price is considerably higher than its siblings Ninja 400 and Ninja 250. It was also showcased at Bangkok Auto Show.

After launching the amazing Ninja ZX-25R in Indonesia, the Japanese automaker Kawasaki has started taking the motorcycle to more markets globally. Apart from opening bookings in New Zealand and revealing Japan as another prospect market, in a latest the company has officially launched the screamer in Thailand.

In 2008, Kawasaki introduced the twin-cylinder Ninja 250R in Thailand, and ever since then, the motorcycle has been one of the largest-selling 250 cc bikes there. With the ZX25R, the company intends to take the game to the next level.

What you get after paying this premium is a lot of cylinders (four to be precise), tons of power (51 PS with RAM air) and the exclusivity of owning the only current production motorcycle with such a configuration in the quarter liter segment.

Considering the hype that has been built for the 250 there are all the chances that Kawasaki may take it to many more markets than what it may have initially planned. While India looks like a bleak option right now but we simply can not write it off because the Jap sells its elder siblings ZX-6R and ZX-10R here already!