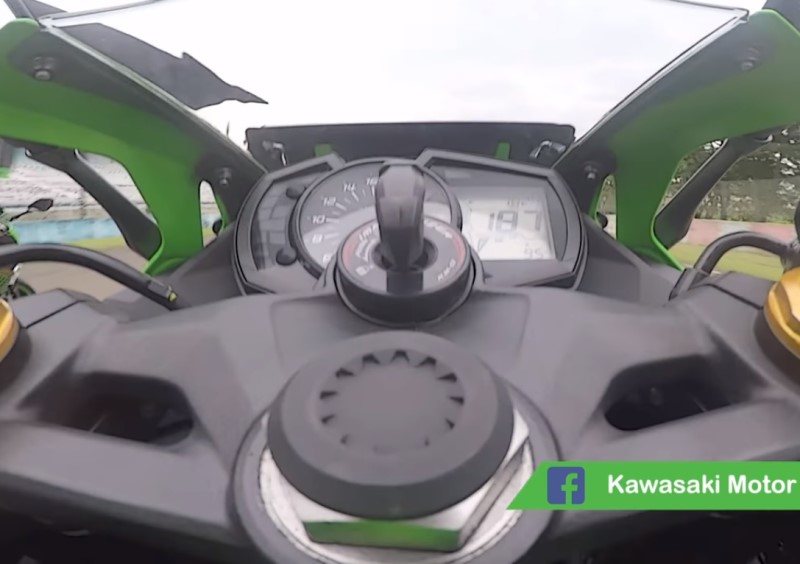 Mind-boggling Kawasaki ZX25R top speed numbers suggest what four cylinders are capable of! And that scream is just pleasure….

The newly introduced and the most talked about Kawasaki ZX-25R is here to change the game in the small supersport segment. The quarter liter bike from the Japanese automaker’s stable amazed everyone when it revealed its maximum power figures, which indicate a whopping 51 PS at 15,500 rpm. You can read all the specifications of the motorcycle here.

Now, Kawasaki Indonesia has posted a video on its official social media handles that showcase the top speed of the mighty motorcycle. The video shows off the high-revving character of the motor, which Kawasaki refers to as the “Screaming in-line four (cylinder) power”.

Upon a casual observation the ZX-25R is seen crossing 16,000 rpm easily, and the top-speed is recorded at mind-boggling 187 km/h. It is not known if this is the top speed of the production-spec model or if it is the race-spec version. Irrespective of whatever it turns out to be, these are some insane numbers for a motorcycle of this size! Watch the video below..

These could, very well, be the fastest numbers for modern day, quarter liters in the world.