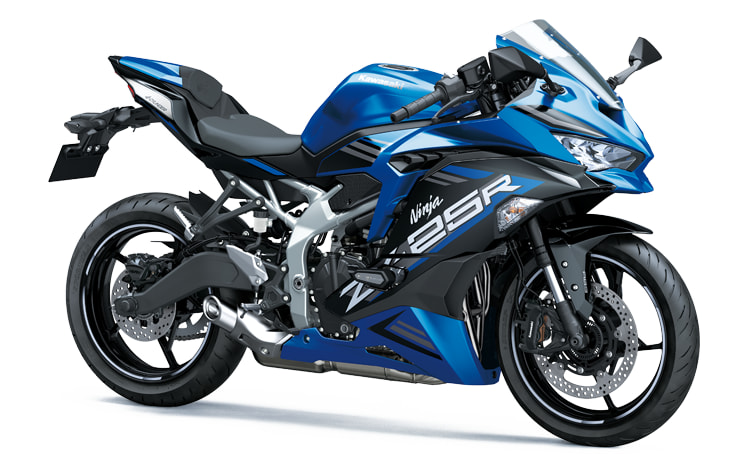 Perhaps the quarter liter motorcycle segment is extremely important in Indonesia! This is why Kawasaki, which already sells a single cylinder 250 and a dual cylinder 250, now also has on offer a four cylinder 250!

With the unique in-line four cylinder Ninja ZX25R, Kawasaki has created quite a stir in the world market and if it succeeds it will prove everyone wrong who thought four cylinder motorcycles for such small capacity engines are not commercially viable.

Let us quickly browse through the quarter liter Ninja lineup and see at what distance has Kawasaki placed the ‘screamer’!

So, the single cylinder Ninja 250SL is not very cheap when compared with the versatile Ninja 250. This could be one reason why Kawasaki has not considered it for our Indian market so far.

Extrapolating the same percentage on the dual cylinder Ninja 300 (that will be launched in India in BS6 soon), we end up with a figure of around Rs 4.70-5.0 Lakh INR. So, if the ZX25R ever comes to India this is what it could start at. However, for that it has to be manufactured locally (assuming ZX25R’s Indonesian price is for a locally made product) and that looks like a distant possibility!

Obviously there are a lot of ‘ifs’ and ‘buts’ and chances of the ZX25R coming to India are not very high, but remember, even the next ZX model – the ZX6R is significantly costlier than its other 600 siblings but it is sold in India.

While we are at this, let us also compare the bigger ZX model prices in Indonesia and India.

As you can see, the price difference between bigger ZX models (both the ZX models are imported as CKDs in India) is significant higher.

So, what do you think, if the ZX25R comes to India at around this tag will it sell in good numbers? For reference, Kawasaki India sells the Ninja 400 at this price bracket. And what if, it is a lakh or two higher…?