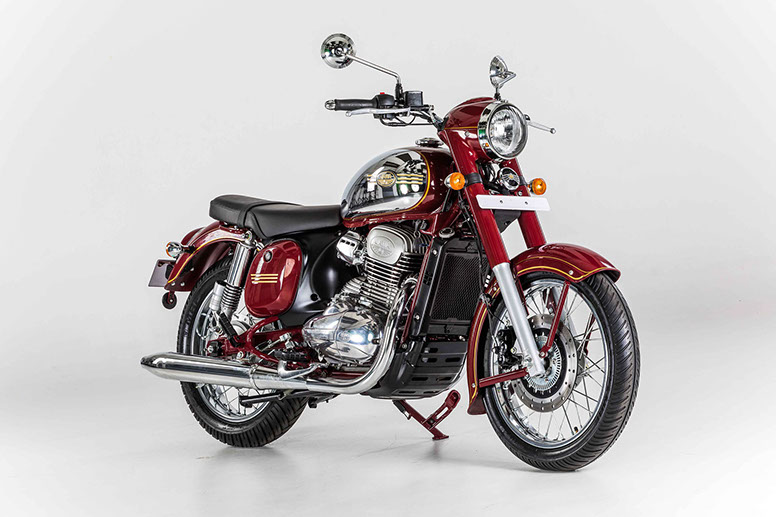 Jawa 300CL price and specs in Europe have been officially revealed. We skim through them highlighting the differences with India-spec model…

It became clear that Classic Legends – the parent brand of Jawa branded motorcycles in India, will start exporting motorcycles to Europe when the Jawa (300) was showcased in Czech Republic – the home of the brand Jawa, earlier this year. The homologation was also completed then and in a latest update the retro classic has now been updated at Jawa’s European website as Jawa 300 CL.

However, unlike our India-spec model, there are a few spec changes that we can notice. First up, it is the Euro 4 model (ie the BS4 variant) that has gone there as specifically mentioned on the website. The Euro 5/BS6 variant has been launched in India and it gets a modified exhaust system.

Further, the fuel tank capacity has also gone down from 14 liters to 13.2 liters. Another big change is that the European model weighs whopping 182 kilo versus the 170 kg of the BS4 Jawa – a major difference of 12 kg (even the BS6 Jawa tips the scale at 172 kg).

The new 300cc Jawa has been priced at €6000 which roughly equates to about 5.24 Lac in INR. These prices are valid from 1st September this year and are inclusive of VAT. In comparison, the BS4 Jawa was sold at Rs 1.65 Lac levels in India which corresponds to just €1900.

Royal Enfield vs Jawa Sales – How Big is the Difference?

While Classic Legends makes no claims about the performance of its motorcycles here, the Jawa 300 CL has a mentioned top speed of 125 kph. Chances are that the Perak may also be a strong export contender…