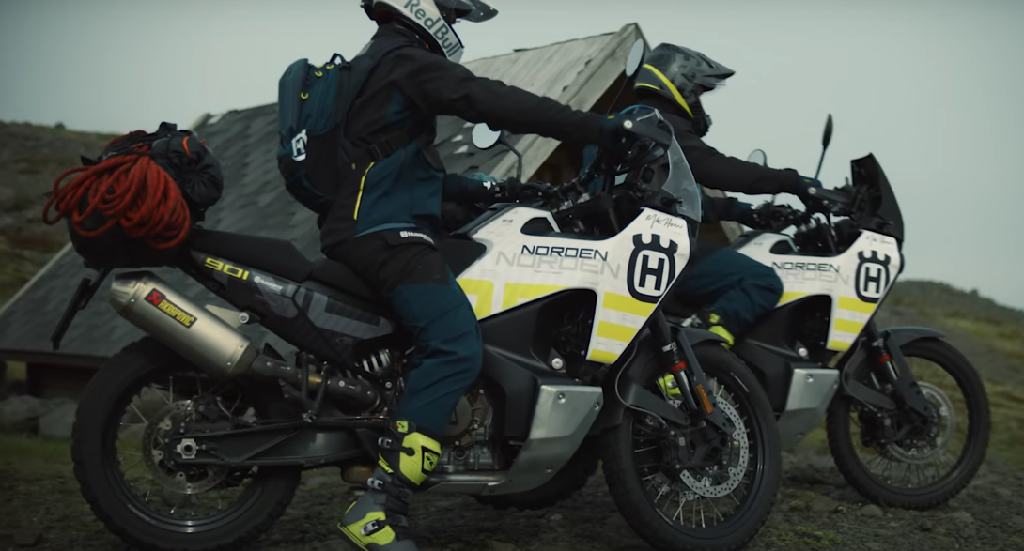 To generate and maintain hype over its upcoming ADV Norden 901, Husqvarna has dropped a fairly big teaser video on its YouTube channel. Clearly, it is a pre-launch marketing technique being utilized by the brand.

While the sublime landscapes of Iceland are captivating, you can also spot how efficiently the Norden 901 ADV is cruising through the terrain.

You can see the video demonstrates how powerful the Norden 901 is in handling the challenge in hilly terrains. Even in off-roads, the bike appears to be navigating without breaking a sweat. The spacey ground clearance is very helpful in avoiding rocky ledges on uneven hilly roads.

Also, you can notice one of the Husqvarna Norden 901 adventure bikes has Akrapovic exhaust on it. There are DRLs and LED headlamps, on the pre-production colored motorcycle that almost reveals how it will look in commercial production.

It is noticeable that even after adding saddlebags at the rear, the Norden has sufficient space for two people to seat including the rider.

This ADV will be the largest capacity bike that Husqvarna will offer. It will be equipped with the 889cc engine offering 120 hp of power which is the same you get on Husky’s parent brand KTM 890 Duke.

Here is the video..

The Norden 901 made its debut at the 2019 EICMA held in Milan. Since then we have been periodically seeing snippets, spy shots, and scoops of its existence. Hopefully, by end 2021, it reaches dealerships.