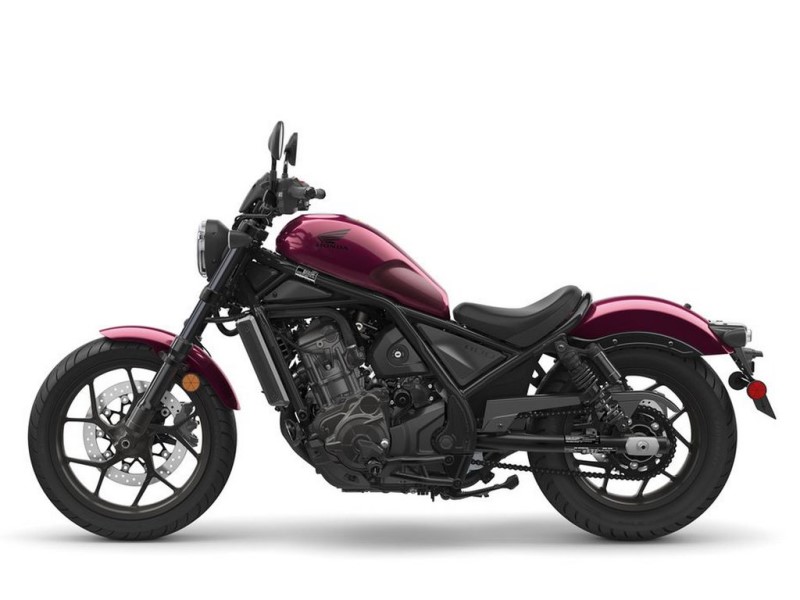 Honda Rebel 1100 is the largest Rebel in the family. It shares its engine with the Africa Twin and gets four riding modes, including a custom setting…

Honda has unveiled the 2021 Rebel 1100, which is placed above the Rebel 300 and Rebel 500. The new motorcycle for the international markets comes with a 1048 cc, 270-degree, parallel-twin engine that has been lifted from the Africa Twin.

However, the engine is re-tuned to march the cruiser characteristics of the motorcycle. The motor has two cylinders, and each of them comes with different camshaft profiles and ignition timings. It allows one cylinder to produce slightly more power below the 4000 rpm range and the other cylinder to produce higher power above 4000 rpm.

Apart from that, the motorcycle comes with two transmission options – a DCT automatic gearbox and a six-speed manual unit, wherein you can shift gears using buttons on the handlebar.

It has four riding modes, including standard, rain, and sport mode. The fourth one is a user-customizable mode that the rider can set as per his preference. Other features include ride by wire system with four levels of Honda Selectable Torque Control (HSTC) system (traction control), wheelie control, cruise control, dual-channel ABS, etc.

In terms of styling, the motorcycle looks somewhat similar to its 500 cc sibling. It gets a bobber-like appearance, with a similar riding position and seat height (698 mm). The Rebel 1100 receives additional accessories, including a fairing, pillion seat, saddlebags, and more. The manual transmission version weighs 220 kg, while the DCT version tips the scales at 230 kg.

The Rebel 1100 will be available in two color options – Metallic Black and Bordeaux Red. It will soon go on sale in some international markets. There is nothing on its Indian possibility yet…