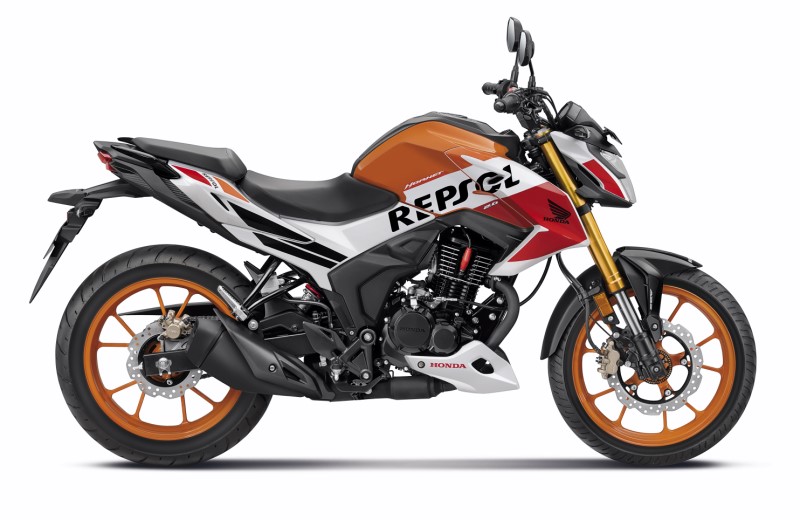 Very recently Honda ventured into the bigger motorcycle space with two new offerings – CB350 and Hornet 180. The bigger Hornet replaced the older Hornet 160R and is now the most premium bike that is sold from Honda’s conventional dealerships (the CB350 is limited to BigWings).

Building on the existing hype of the streetsports bike, Honda has announced the launch of a special edition of the bike. Called as the Hornet Repsol Edition it comes with Honda Racing team inspired graphics and design. It carries orange alloy wheels and the tri-color theme of orange, white and red, with a big bold ‘Repsol’ branding on the tank.

The standard model costs Rs 1,26,351, which means Honda is charging a premium of Rs 2000 for this special color theme.

Honda says it will sell the Hornet 180 Repsol Edition through all dealerships and it will reach them starting this week.