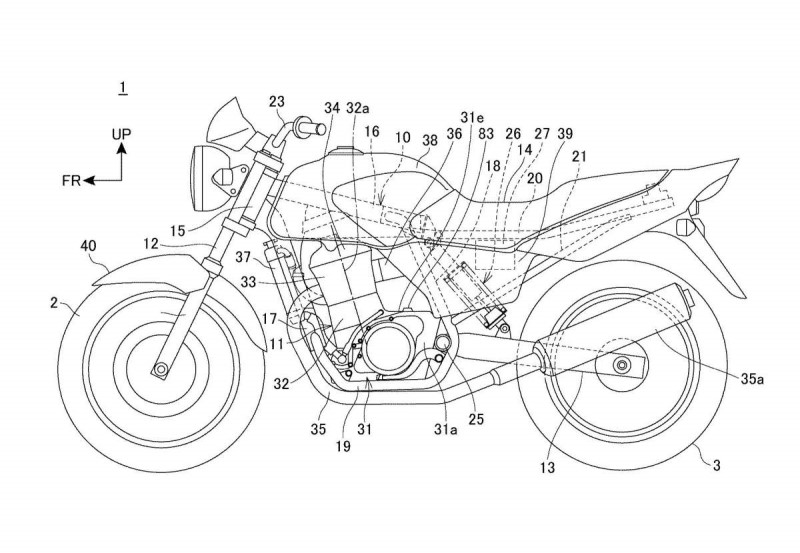 Honda CB250 patent pics suggest that a the company may be working on a mid-sized roadster for various markets of the world. It looks similar to the CB400 SF…

One of the largest two-wheeler manufacturers in the world – Honda is all set to expand its popular CB series of motorcycles. In a latest development, we have got our hands on a few leaked patent images that are circulating on the internet.

The images reveal a new motorcycle – potentially the CB250. The roadster motorcycle looks very similar to its elder sibling – CB400 SF, as it shares most of its components with the latter, including the frame and bodywork. The similarities between the two motorcycles include the wheels, seat, tail-section, etc.

However, this new motorcycle is expected to be loaded with a few more features as compared to the 400 cc version. Also, looking at the images, the engine appears to be very similar to CB300R.

Apart from that, the motorcycle appears to be getting a mono-shock suspension at the rear, which is mounted directly on the swingarm. This is something that is common in more modern Honda motorcycles.

Since the development appears to be still in nascent stages, we currently have no information on what extra features it may carry along with its engine specifications. Also, it remains to be seen if the company has any plans of introducing it here in in India.