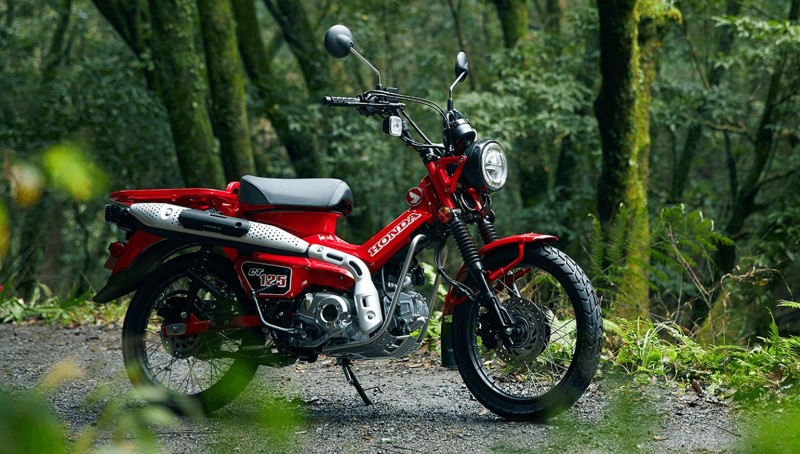 Honda CT125 Hunter Cub patent pics from India raise speculations of its launch but is such a ‘differentiated’ product fit for our market…?

It was in the 2019 Tokyo Motor Show, where the Japanese automaker – Honda unveiled the concept of CT125. Post that, the company had planned to showcase the moped at the Virtual Motorcycle Show in March 2020, which did not happen.

After filing for patents in Europe (and few other markets probably), we have got our hands on its intellectual property design application, which Honda has filed earlier this year in India.

The CT125 Hunter Cub is a spin-off of its sibling – CT125 Super Cub. While the Super Cub looks clean with all the cables, inners, and wires hidden under its fairing, the Hunter Cub exposes all that along with the frame, for a rugged, scrambler inspired, off-road style.

The Honda CT125 Hunter Cub comes with spoke wheels, a luggage rack (instead of the pillion seat), crash guards, and an unconventional upswept exhaust muffler with a protective shield. It has an underbelly skid plate to protect its engine, and its braking duties are handled by disc brakes at both ends. It is also equipped with ABS.

The Hunter Cub (quite an interesting name) shares the same 124.9 cc, air-cooled, SOHC engine that produces 8.7 hp of peak power, coupled with 11 Nm torque, according to Honda Japan site. The motor is paired with a 4-speed semi-automatic gearbox.

Now filing for a patent does not guarantee a product launch. Makers patent various 2-wheelers across the world due to various reasons. But the other part of the story is that ‘patent process’ is a precursor of launch of a new vehicle. So, you never know…

Till Honda’s intents become clear, you tells us – will such a moped ADV work in India?